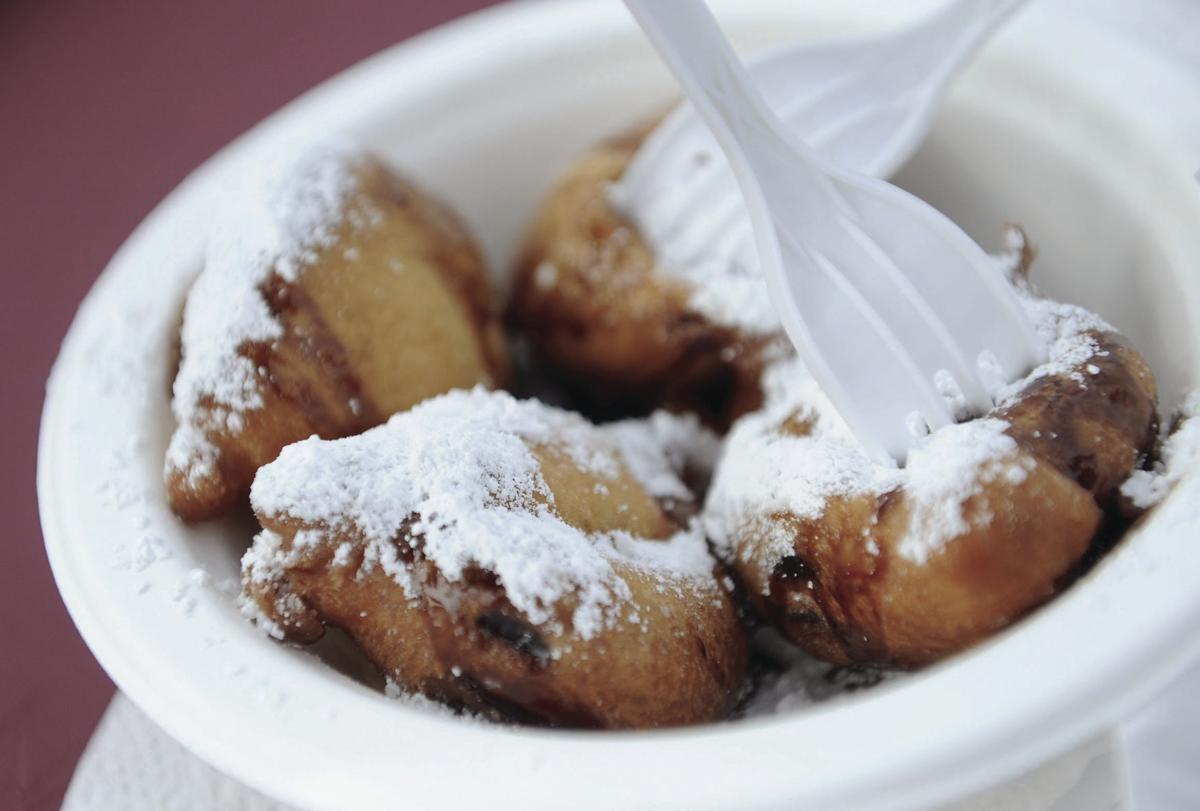 Fried Oreos from The Funnel Cake Express are pictured as the Lodi News-Sentinel staff tries the food during the first day of the Lodi Grape Festival in Lodi Thursday, Sept. 13, 2018. 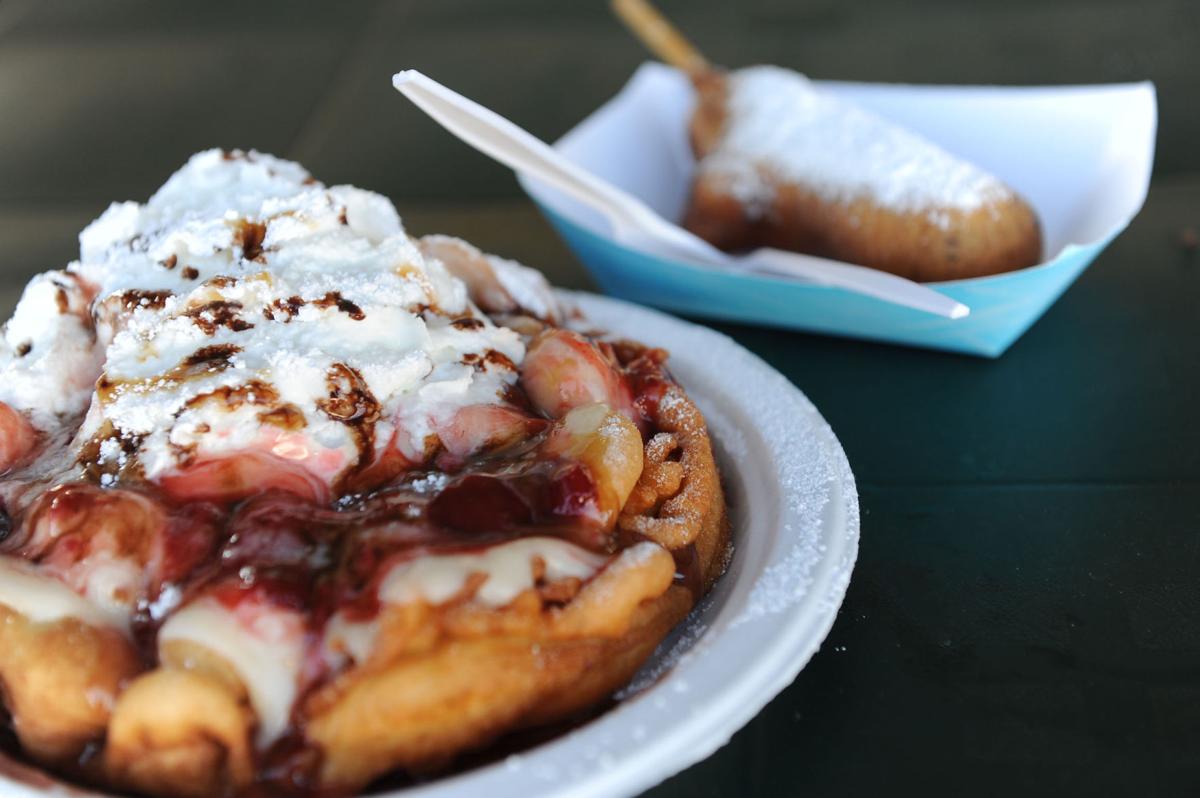 Fried Oreos from The Funnel Cake Express are pictured as the Lodi News-Sentinel staff tries the food during the first day of the Lodi Grape Festival in Lodi Thursday, Sept. 13, 2018.

If you need a little comfort food to cope with the Lodi Grape Festival being canceled this year, organizers have you covered.

The Fair Food Frenzy event will be coming to Lodi for two weekends in a row. Among the offerings are Grape Festival favorites such as regular and jumbo corn dogs, Negrette’s soft tacos, nachos, soft pretzels and more.

And what would an event like this be without dessert? Make sure to grab funnel cake, cotton candy, kettle corn, deep fried Oreos and Twinkies, or churros.

Grape Festival organizers put together the food event after looking around to see what other canceled festivals were doing this year.

“A lot of fairs started doing it. We stole the idea from them,” said Mark Armstrong, the Grape Festival’s general manager. “It was just a matter of us figuring out how we could do it.”

Armstrong and the festival’s organizers wanted to do something fun that would allow people to get out of the house amid the COVID-19 pandemic.

They knew early on that being able to hold the festival was unlikely this year, Armstrong said. There’s just no way to ensure social distancing at an event like the Grape Festival, which draws thousands of attendees each year.

Armstrong even called Dr. Maggie Park, San Joaquin County’s Public Health Officer, in early June to get her thoughts. She advised him that the festival likely would not be able to go on, he said. It would have cost the festival a lot of money to move forward and then have to cancel at the last minute, he said.

But the Fair Food Frenzy event has already drawn the attention of excited Lodians.

“We’ve had a great response,” Armstrong said. “It seems like everywhere I go, people have questions for me.”

The concessionaires quickly got on board — and for two weekends, not just one.

“They love it. A couple of them have done it in other places, and they’ve done well,” Armstrong said.

Armstrong is looking forward to the rolled soft tacos made famous in the local area by the Negrette family, who have been sharing the delicious treat at the Lodi Grape Festival for more than 40 years.

“The corn dogs are a big hit with everybody,” he added.

While most Fair Food Frenzy attendees will likely pick up their treats and head home or to a local outdoor space to eat them, the Delta Sculling Center is offering up a special treat on Saturday, Sept. 12.

The center is partnering with Six Foot Cinema to present a drive-in movie: “A Most Beautiful Thing,” a documentary narrated by Common that shares the story of the Manley High Rowing Team.

The film focuses on the first all-Black high school rowing team. The teens on the team were all from disadvantaged backgrounds, and several were on a path to gang life at a young age. During their time on the team, they became a family and built a strong bond with one another.

There will be a bonus live screening of a question-and-answer session with Arshay Cooper, the rowing team member whose memoir “A Most Beautiful Thing” inspired the film.

Tickets are available at www.deltasculling.org, and proceeds will benefit Stockton-area students. Those who miss out on the tickets for the pop-up, drive-in movie can still watch a virtual screening at home from Friday, Sept. 11 to Sunday, Sept. 13.

Six Foot Cinema does a great job with the drive-in movies at the Grape Festival Grounds, Armstrong said.

“We went one night and loved it,” he said. “It’s something fun.”

He hopes the Fair Food Frenzy will help raise the spirits of local residents.

But he and festival organizers hope that things will be back to normal for next year’s Lodi Grape Festival.

“We are certainly very, very hopeful we’ll be able to have our fair next year,” he said.

‘A Most Beautiful Thing’