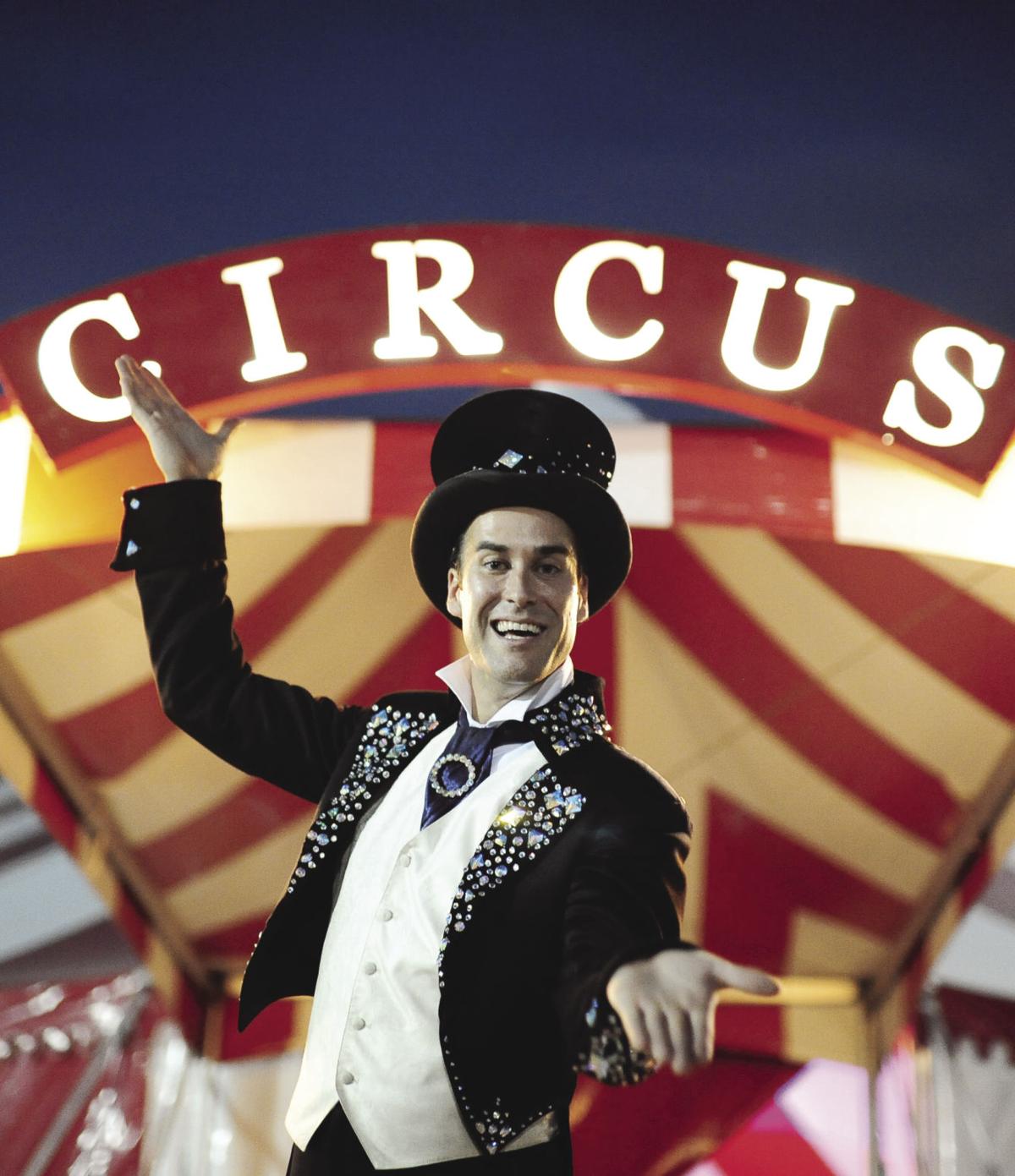 Kevin Venardos of Venardos Circus is sharing his love of circus life with young viewers on YouTube during the coronavirus pandemic. (Courtesy) 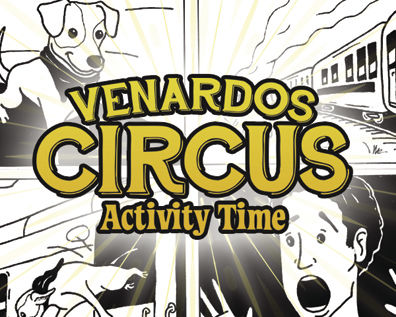 The first week of circus-themed activities from Venardos Circus founder Kevin Venardos included coloring pages and the story “Nestor and the Great Circus Train Escape,” based on Venardos’ experiences as a ringmaster with Ringling Bros. (Courtesy)

Kevin Venardos of Venardos Circus is sharing his love of circus life with young viewers on YouTube during the coronavirus pandemic. (Courtesy)

The first week of circus-themed activities from Venardos Circus founder Kevin Venardos included coloring pages and the story “Nestor and the Great Circus Train Escape,” based on Venardos’ experiences as a ringmaster with Ringling Bros. (Courtesy)

During a normal month, the Venardos Circus travels around the United States, sharing a “magical, musical circus” with delighted audiences in person.

Founder Kevin Venardos, who has a background in musical theater and spent years as a ringmaster for Ringling Bros., the circus has been a labor of love — and a space for him to innovate, blending his two passions into a unique spectacle full of original music and daring acts, with something new and different in every region.

But for the past month, like many others, COVID-19 brought the exciting routine to a standstill. The circus is not traveling and the entire crew is furloughed.

For Venardos, that wasn’t acceptable. He wanted to keep sharing it with audiences and sparking their own hopes and dreams, even during the shutdown.

“I really want to find new ways to engage my audience, but to keep the circus business growing in some way,” he said.

So Venardos decided to innovate again.

He has developed a video series that shares his stories of circus life, along with circus-themed activities and fun. The videos are posted to YouTube each Thursday.

For the first week, Venardos shared a story of riding the Ringling Bros. Circus Train — and the story of his dog, Nestor, and a great escape. To go with the story, he asked artist Kelly James Ballagh to create artwork and coloring pages that at-home viewers can download and decorate.

During the second week, watchers were invited to build their own “Mini Big Top.” The activity was inspired by Venardos’ own circus tent.

But he soon found himself creating an actual circus — complete with a mini big top of his own, though it was a bit larger than the craft version.

Venardos Circus debuted at the Los Angeles County Fair in 2014, with members performing in front of a small striped tent. And the company kept going, though Venardos has had to overcome challenges along the way.

“After a period of years, I was able to purchase that tent that I wanted,” he said.

Now, the circus performs 45 weeks a year on national tour, at least when there’s no pandemic. Venardos loves being able to control his own career.

For Venardos, though, the pandemic is just one more challenge he intends to overcome while he carries on living his circus dream.

“I know in my heart, it’s the challenges that you face and you overcome, they bring out the leader in you, and your strongest character,” he said.

His videos are a way he can share that message and inspire a new audience, all while having a little bit of fun. He’s also worked hard to make them fun not just for youngsters, but any of their parents or older family members who might have once dreamed of running away to join the circus.

Venardos hopes the videos will let him connect with his fans and raise their spirits while he waits to be back on the road.

“A lot of people are hurting right now, but I am certain, if past is prologue, that this is an opportunity for us to learn about each other and find another way to move forward,” he said.

Watch the weekly activities at www.youtube.com/user/kevinvenardos. New videos are posted at 10 a.m. most Thursdays, and each video’s description shares the link and instructions for downloading accompanying activity pages.

To learn more about the Venardos Circus, visit www.venardoscircus.com.