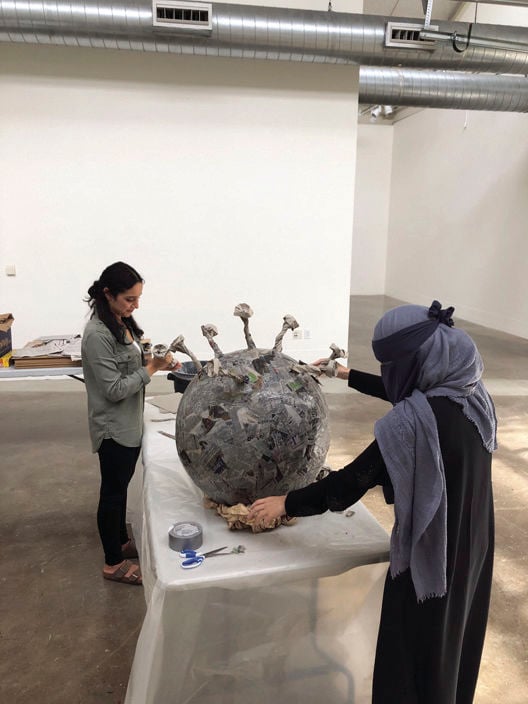 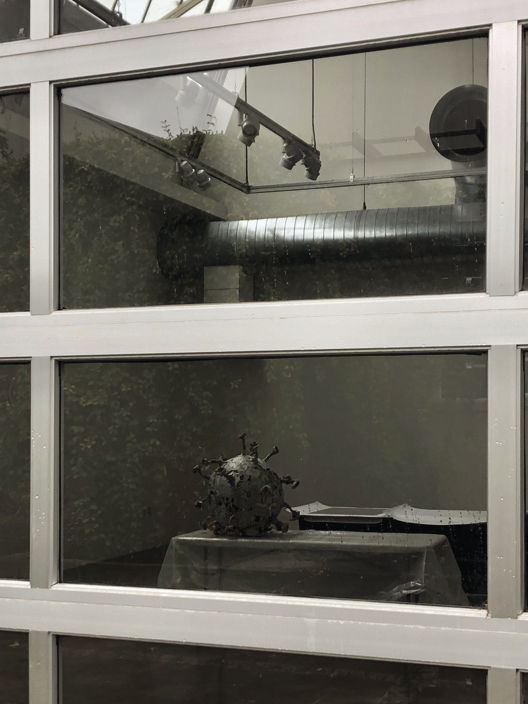 University of the Pacific’s Introduction to Museum Studies class had been planning, since February, to present a pop-up art show in the Reynolds Gallery.

The students decided to focus on the coronavirus for the project early on, but their approach changed once the stay-at-home order was in place, course instructor Lisa Cooperman said.

The artists had to pivot. After their spring break, classes resumed not in person but on Zoom, distance learning and webinar software that has helped schools and companies bridge the social distancing gap during the pandemic. The way that the class interacted changed, Cooperman said. The group had built a new rapport through on-screen “face-to-face” interactions.

Some of the students also had to slow or alter their work because of the stay-at-home order — they simply did not have studio space at home.

But they persevered, and put together a collection of new artwork.

All the students who submitted their work for the online pop-up exhibition were included in the show.

“Usually we would have critiqued and refined the art in a normal semester, but we had to move on,” Cooperman said.

The students’ art — much of it created over just two weeks — draws on both traditional and digital media. Those who submitted art were also required to use what they’ve learned from Intro to Museum Studies to write up labels for their pieces. Students had to communicate their interpretations and intent to the audience.

Many students in the course major in studio arts and graphic design. This project was a culmination of all the skills they’ve learned throughout their studies both in the class and in their own fields.

“I’m really proud of (my students) for digging in and being vulnerable and honest,” Cooperman said.

The exhibition is titled “Gone Viral” and can be viewed at www.uopreynoldsgallery.com. The website was built mainly by Cooperman and two graphic design majors, Shay Jones and Noah Ledesma.

“Gone Viral” is a short-term show rather than a full exhibit, which requires more preparation of everything, all the way to the color of walls, according to Cooperman. Pop ups are meant to be about serious and timely topics, and are always casual in presentation, she said.

The two-year Museums Studies master’s degree program is offered to only graduate students, and this is the first time the intro class was offered at University of the Pacific.

The program helps to prepare students to work as curators, educators and preservationists at museums, though many museum jobs don’t require the degree. Students who earned undergraduate degrees in fields from business to history and art to communications thrive in the program.

As her senior students head in different directions after this semester, she’s sure they’ll use their acquired skills from the course to find jobs.

She hasn’t yet asked her class if they would like to present the pop-up show physically once San Joaquin County’s stay-at-home order is lifted, but she plans to. Even if “Gone Viral” does transition from the virtual world to a real gallery space, Cooperman hopes to keep the virtual show archived in the university’s library and resources.

“This one will stand as a snapshot,” she said.