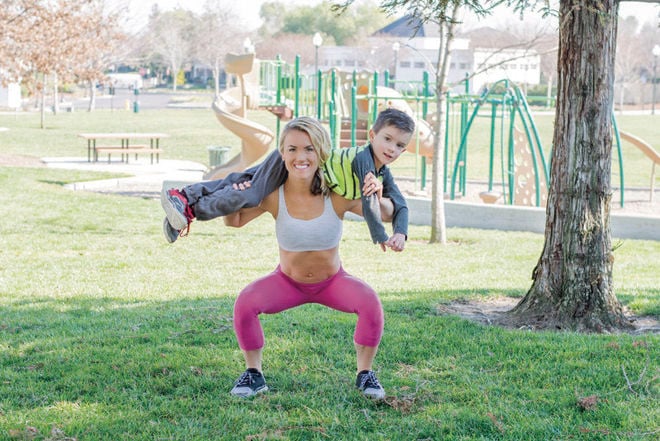 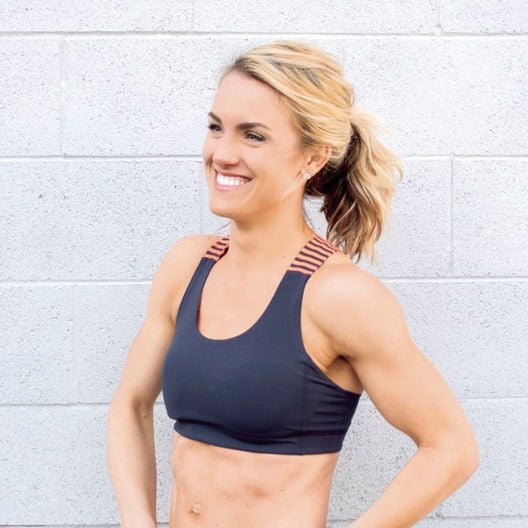 Bethany Davis has always had a passion for fitness. She even earned a degree in applied exercise science at Azusa Pacific University, and worked for a gym in Southern California.

So when her oldest son developed intense separation anxiety as a baby that kept her from the gym, she began looking for at-home alternatives.

“It didn’t last long, but it got to the point where I thought, ‘I have to figure out my fitness at home,’” she said.

Soon, she was leading mom-and-child fitness classes at the park in Tracy. Even after she was able to get to the gym again, she kept making time for a new passion — home-based workouts with her family.

Today, Davis — who now lives in her husband’s hometown of Lodi with her family — has turned that hobby into both a coaching business and an Instagram account where she shares free and innovative home workouts regularly.

Then, eight or nine years ago, she began distance running with a friend. Davis had always been a sprinter, but had never tried distance running. Her friend suggested starting with five miles — and it was really hard.

But Davis powered through.

“That day I completed those five miles, and I was just hooked,” she said.

She signed up for a half-marathon, and soon was running regularly. She started documenting her runs on Instagram, and soon other runners were following her account. After a while, one reached out to see if she did online marathon coaching.

“At that time, online coaching really wasn’t a thing,” she said. Now, she coaches eight marathoners. “I still remember getting my first client and what a big step that was.”

So when Davis’ husband was accepted into the police academy and the family needed a little extra income, she took the plunge, turning her personal Instagram account into @be.fit.davis.

“I literally woke up one day, and thought, I need to do something and I’m going to do it,” she said.

Now, her account has more than 18,800 followers, including her husband, who she calls her biggest supporter. Davis posts daily, including quick workouts — some even using household items like jugs of milk — along with tips for specific exercises and “slice of life” photos of herself and her family.

“It’s been amazing,” she said.

She loves Instagram because it’s a free resource and a way to connect with her followers, and because it doesn’t take a lot of time to create content that people enjoy.

“You just have to be consistent,” she said.

The same goes for working out, Davis said.

“Just start, and start small. Sometimes people can have an all or nothing mindset,” she said.

It’s better to do five or 10 minutes a day every day, than “go hard” for one workout and be too sore or discouraged to exercise again for days or weeks.

“Celebrate your small baby steps,” she said. “Everyone starts as a beginner at some point. Be OK with that.”

Bethany Davis offers the following tips for anyone looking to create content and build a following on social media:

That doesn’t mean never take a day off. “There are a lot of days I wake up and I think, ‘I do not want to work out today.’”

Figure out if you really need the day off, or you’re just feeling unmotivated.

Davis enjoys seeing her fans tag her in their own workouts or progress posts.

“They want to see your face show up on stories.”