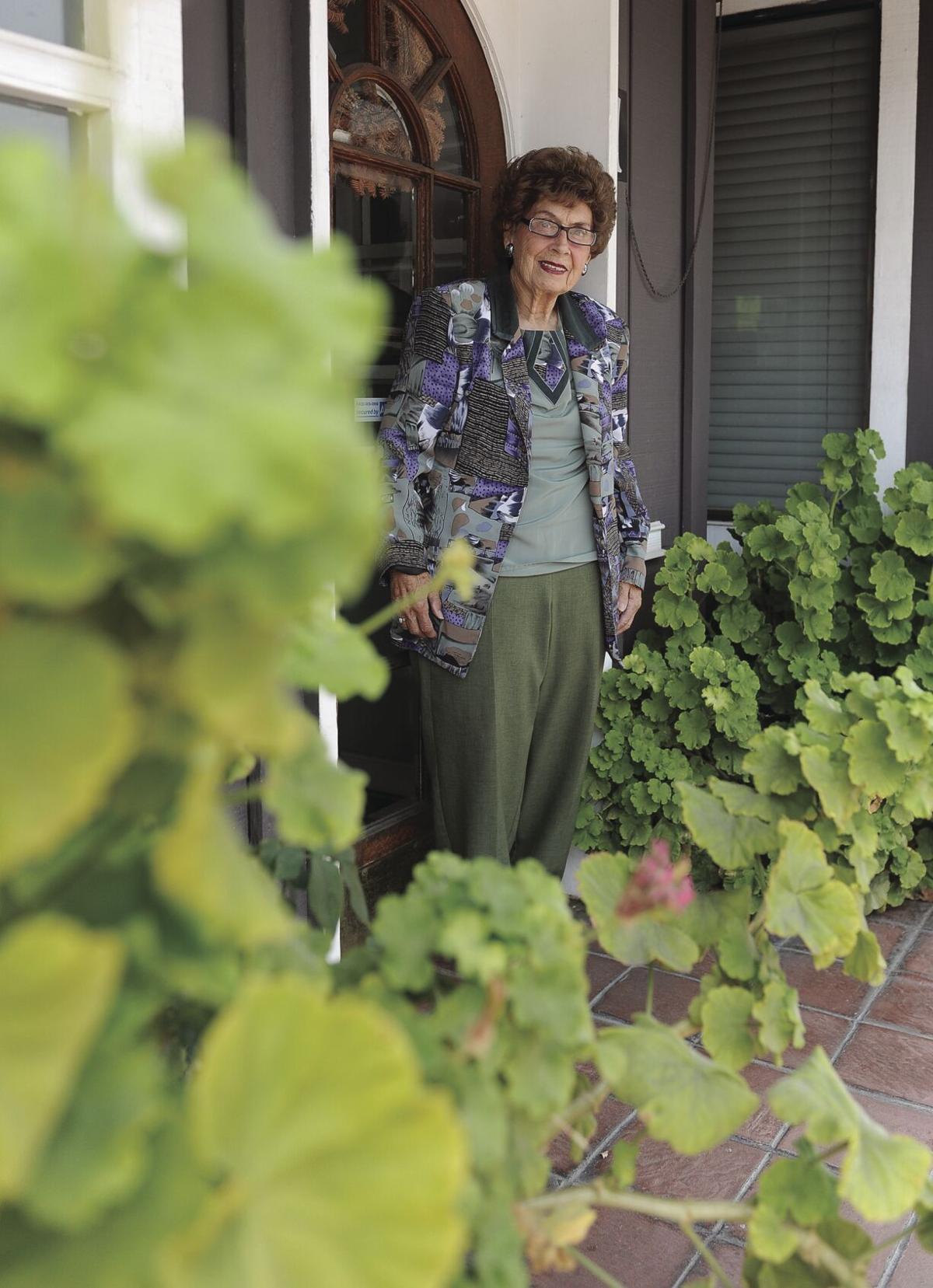 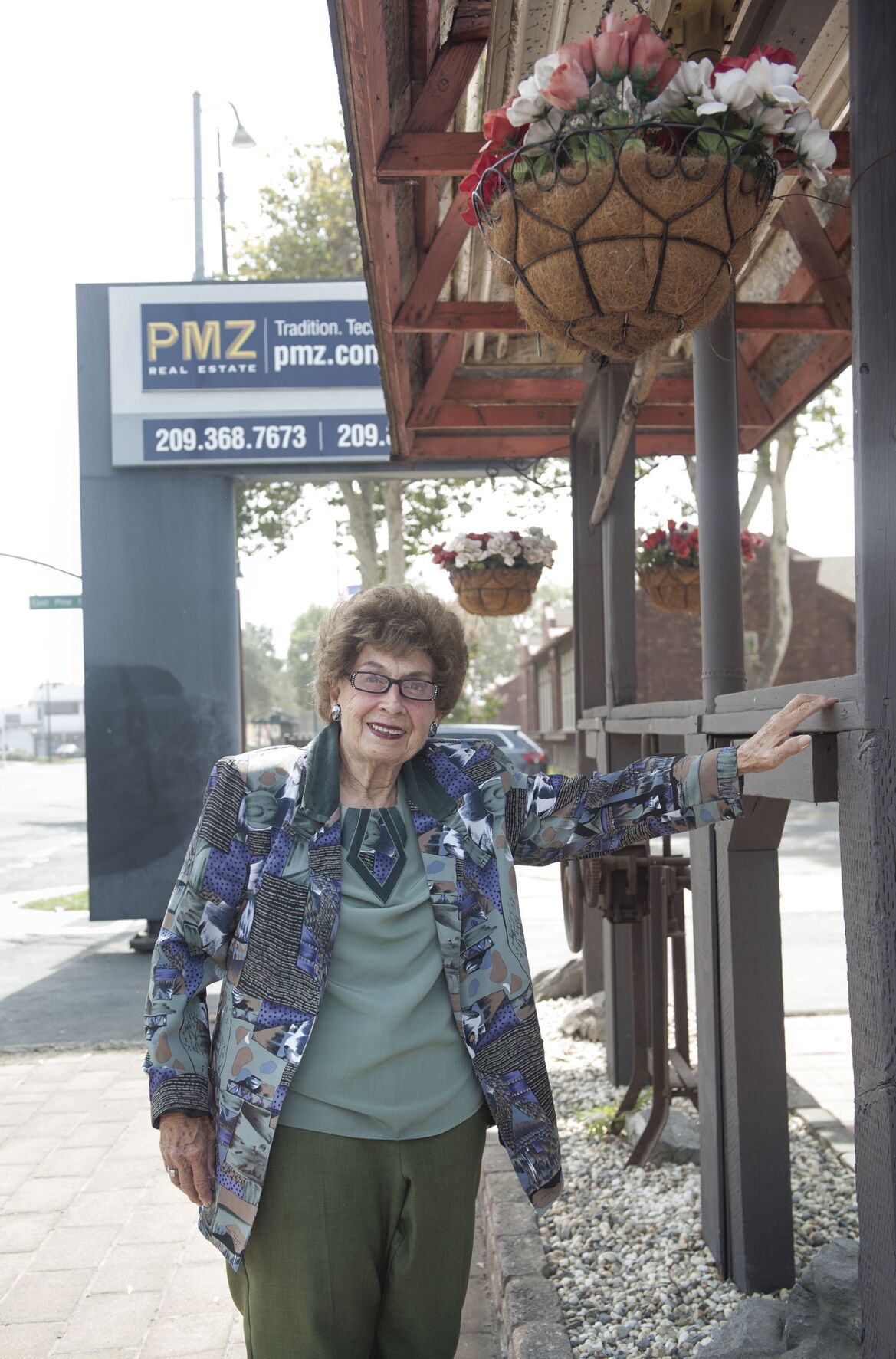 Starting out, the young woman had just a pinch of college, no network to speak of, and no real expertise.

What she did have was moxie. Pluck. Grit. Call it what you will, Rose Marie Mendonca was driven to succeed.

In her 20s, she entered the world of real estate, a realm then dominated by men, and worked her way to professional and financial prominence.

These days, she continues to work hard — very hard — rising at 6 and working until 11 p.m., seven days a week.

She continues listing and showing and closing, as she has for years, with no hint of slowing down.

How does she relax?

“I don’t,” she said. “I don’t know how. I don’t go to movies. I read, but sometimes I think I am wasting my time, that I should be working.”

In the varied world of real estate, there is little Mendonca has not done. She has helped hundreds of clients buy and sell homes, ranches, stores and offices. She’s also a savvy investor and developer.

From her base on Cherokee Lane and Pine Street, in a working class neighborhood, she has built a reputation for being a straight shooter, tough, smart — and tender when the need arises.

“Rose Marie is absolutely unique,” said Larry Underhill, a longtime local Realtor. “She’s got a half-century of connections in Lodi. She’s a trusted advisor to many of her clients and friends.”

Driving a tractor at 9

If there is a single word that defines the force of nature that is Rose Marie Mendonca, it is this: Work.

Raised on a small dairy farm near Hanford, she started working at 9, driving a tractor.

Her uncle cut hay and needed someone to drive the tractor that pulled the baler. Mendonca has always been a quick study. She volunteered for the job, learned it fast, and earned $1 per hour.

As part of a dairy family, she milked cows each day. Later, she worked after high school at a Sears-Roebuck store in Hanford.

Somehow, she found the time to make good grades, serve as president of the girls league, and twirl batons as a majorette.

Her energy, then as now, was boundless.

Also during her high school years, she found work in the business office of a cotton gin and as an assistant with a local accountant.

She sensed from an early age, though, that her future would not be agriculture or accounting, but real estate.

“As a kid, I loved playing that board game, ‘Monopoly,’” she said. “My family didn’t have a lot, and I dreamed of owning property. I dreamed that one day I would own a hotel.”

The dream has come true, even the part about the hotel: Mendonca has an ownership interest in Wine and Roses.

She earned her real estate license in 1976, when few women were venturing into the field. She had an instinct, though, that her energy, smarts and drive would serve her well.

As it turned out, she was a natural.

She sold a house on her very first day on the job, then went on to win a competition based on total sales for all of 1976.

During that first year, her passion for real estate was cemented — and she silenced the naysayers, nearly all men, who said she’d flop.

She had no niche market, but the working men and women of Lodi were among her most loyal clients, and still are.

Over the years, she’s shown both concern for her clients and creativity in helping them.

If a client has trouble finding financing, she knows lenders who can help. If a family needs help fixing up a home for sale, she knows craftspeople who can do the job.

One client hit hard times and showed up at her Cherokee Lane office in a high dither.

“His dog had been seized in the Bay Area and he didn’t have the money to recover the animal, and it was going to be euthanized the next day,” she recalled.

She called the city’s animal control staff, urged a reprieve, and lent the client the money to spring the dog.

The animal was spared.

Along with brokering sales, she began, early on, investing. Her approach has been eclectic.

Her best investment? She bought hundreds of acres in Calaveras County in the 1980s for bargain-basement prices and developed several subdivisions.

“I had friends say, ‘You have got to be kidding me. The only things out there are jackrabbits,’” she said.

Over time, the lots sold for a very handsome profit.

Her worst investment was a set of lots in Humboldt County she bought at auction. The sales information showed spacious, flat lots on a ridge overlooking the Pacific.

The reality, as she discovered in a visit a few months after the sale, were lots with uneven elevations, no views, and so narrow as to be nearly unbuildable.

“I was so steamed. I should have sued. But I managed to sell them at a discount and move on,” she said.

She’s had plenty more hits than misses, and says success in real estate is, in a way, simple.

“People ask me how they can succeed in this business,” she said. “I tell them, ‘You don’t have to be Einstein. You just to work hard and have some common sense.’”

Her advice to fledging investors is to scrape up the money to buy and fix up rental properties.

“If you can have three rentals paid off by the time you retire, and four would be even better, you will be better off in retirement than you ever imagined,” she said.

Yet that course requires financial discipline, she said. She’s always been more of a saver than a spender.

“I’ve earned commissions in the six figures. Not many, but a few,” she said. “And I never stopped to buy a Coke with that money. I put it aside so I would have money to buy more real estate.”

She still has a passion for what she does, she said, but there are changes she finds frustrating.

“Oh, the paperwork. So many requirements now. I can remember writing up a deal on a napkin over lunch, taking the napkin to the escrow company, and that was it,” she said. “That doesn’t happen now.”

Though she has a fierce work ethic, with her husband of 67 years, Manuel, she has raised two children. Daughter Renee Saletta works in real estate in Incline Village. Son Ricky works with his mother in Lodi.

He may be his mom’s biggest fan.

“She’s one of a kind. She’s a hard worker and she’s honest. She’s genuinely interested in helping people,” he said.

Her success, he said, reflects her exceptional people skills.

“She connects so well with people. It doesn’t matter who you are, she respects people and enjoys working with them,” he said.

She’s served the community in diverse roles. For many years, she was active in the local chamber. When city leaders updated Cherokee Lane, they asked Mendonca to help spearhead the effort. She also served as a leader for the 4-H Club in Clements, where she and her husband live on a small ranch.

“I am proud that all the kids I helped turned out great. No problems,” she said.

As long as her health holds out, she said, she’ll continue her real estate odyssey, one that has drawn so many friends and admirers.

Underhill, the veteran Lodi Realtor, said he both likes and respects Mendonca.