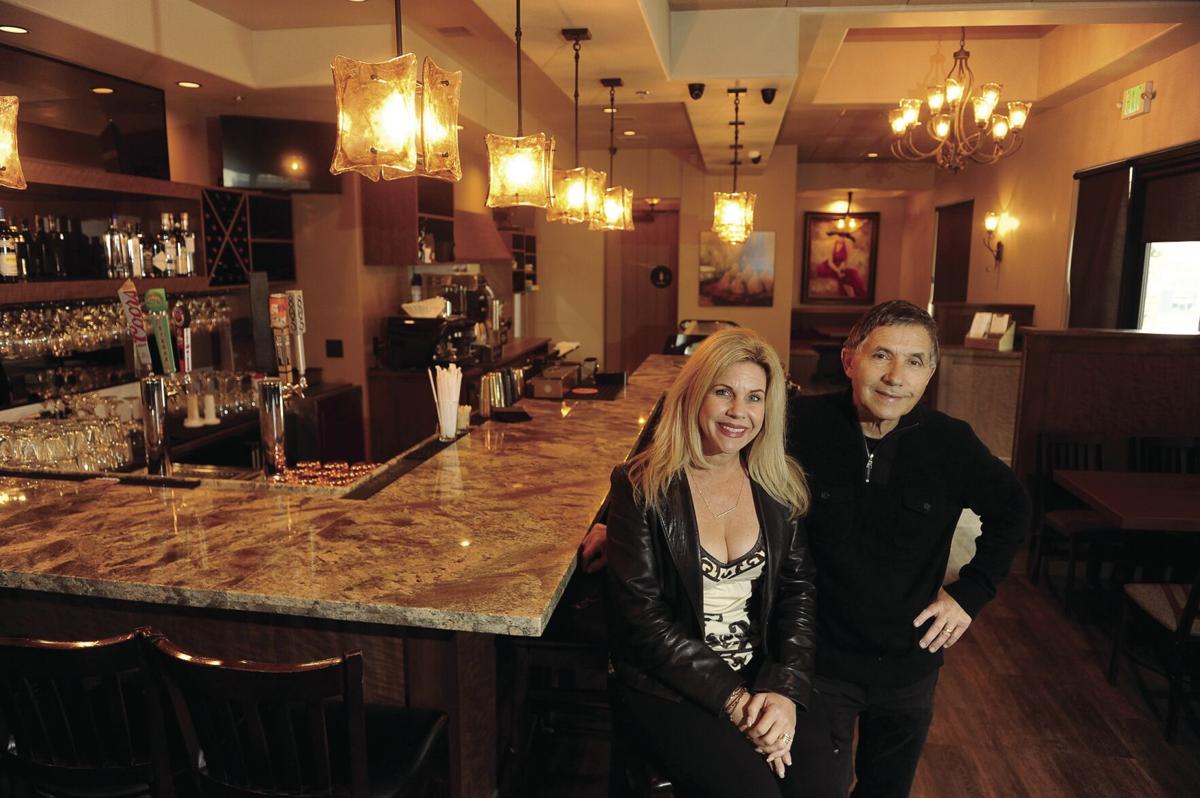 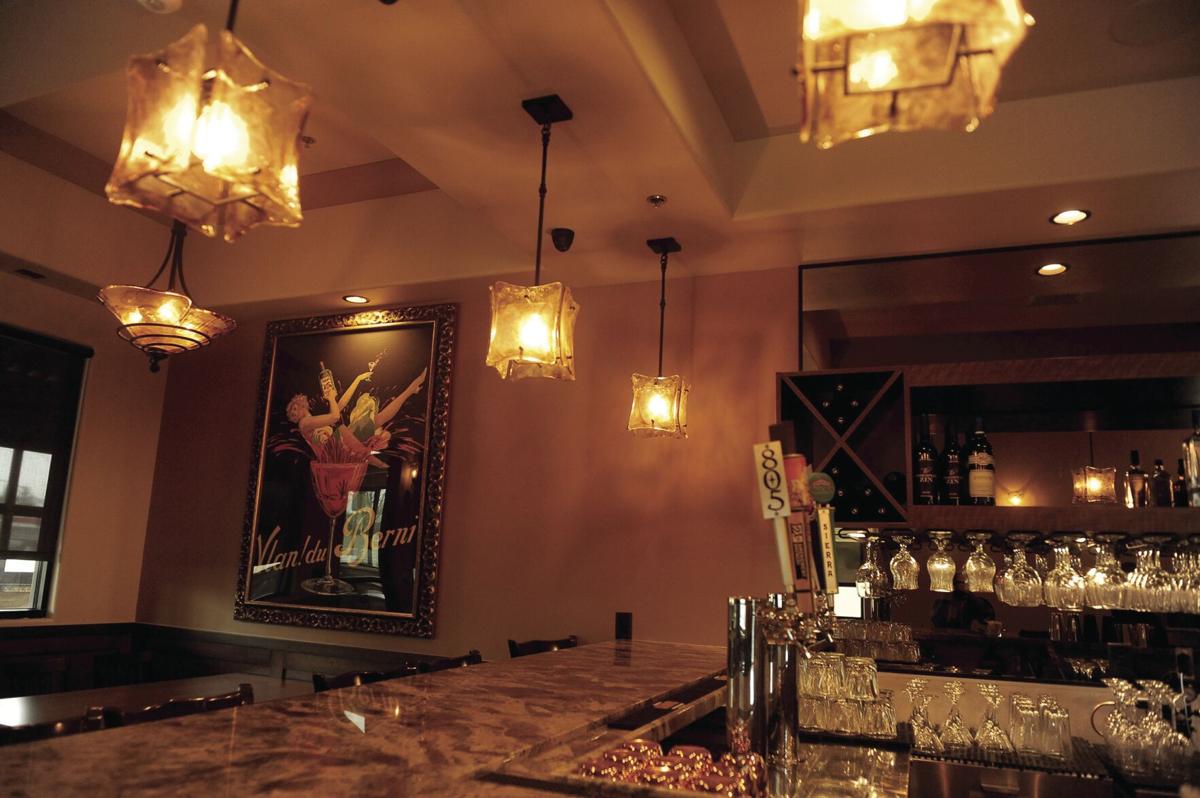 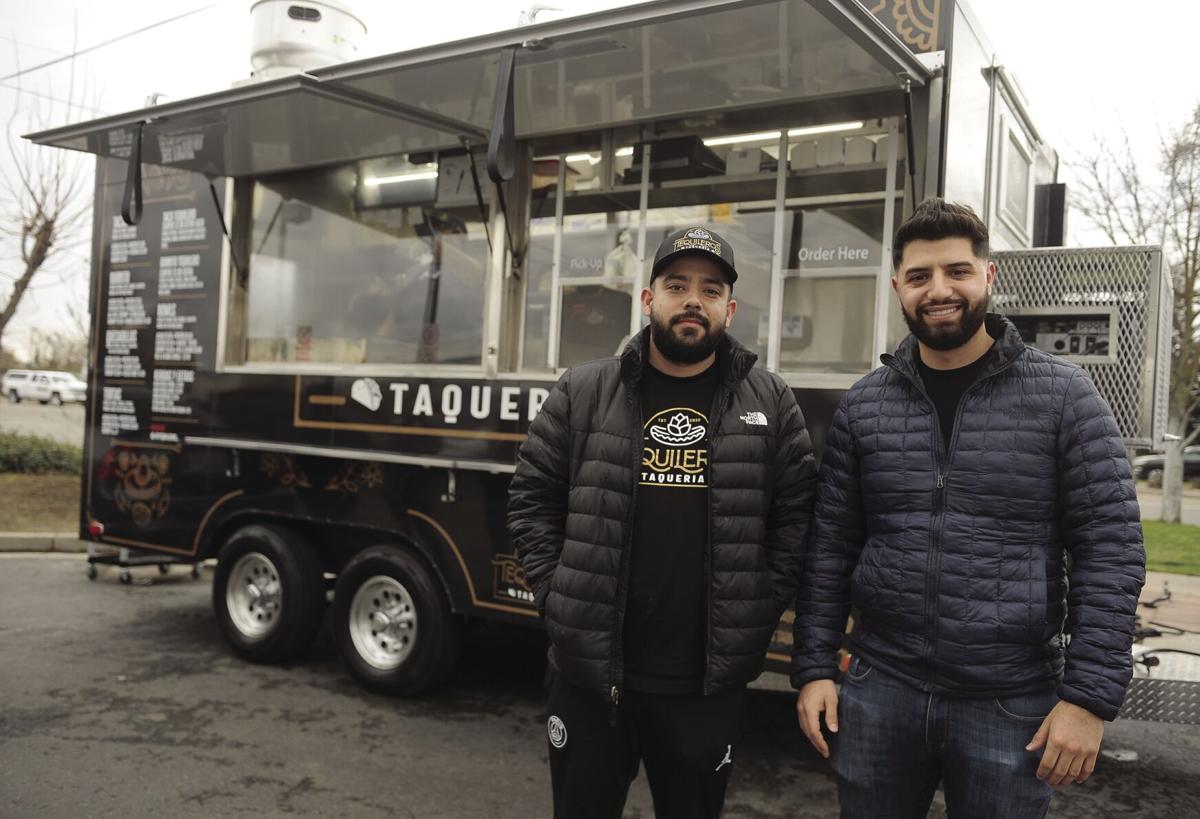 Jennifer Papas has been posting on the Papapavlos Facebook page that the restaurant’s new Lodi location is “tiny but mighty,” to let customers know what to expect when she and her husband Andy open for business.

But Andy Papas said the new location at the corner of Lockeford and School streets can accommodate a decent number of occupants and that it’s “not real tiny.”

The couple had been planning a Lodi location since 2016, and they will finally open their new doors next week, for takeout and deliveries.

Andy Papas is hoping Tuesday will be the first day of business.

“We are (excited), to at least get it going,” he said. “Everybody wants to start. Our cooks want to get in here, everyone wants to get started. We do a lot of deliveries to Lodi and Acampo from the Stockton location, so this will really help.”

Andy Papas hopes to seat customers outdoors not long after opening, but he and his wife want to see how takeout and deliveries fare next week, he said.

The location is currently more of a bistro than full-fledged restaurant, as Papapavlos occupies 1,650 square feet of a brand new 4,100-square-foot building. However, the menu is identical to the flagship Stockton restaurant, he said.

Plans are in the works to make the location a 5,000-square-foot restaurant as soon as the couple obtains additional financing for expansion.

“Everyone thinks the restaurant is the entire building,” Andy Papas said. “And they don’t really realize there are other businesses here until they walk up and see it.”

Already open next door, in the corner unit of the building, is Bay Equity, and Corner Scone Bakery has plans to move into the third space along Lockeford Street, he said.

“The original plan was to lease up all three spaces, and then build a bigger restaurant in the vacant area (behind the building),” he said. “But then we got so many requests, we had such a demand from our customer base in the area, we decided to build a small bistro cafe so we could get into our foundation here in support of our community.”

The new location seats a total of 48, including 12 at the bar and 20 in a covered patio. There’s a full kitchen with the same equipment used in Stockton, and the couple expects to staff 20 altogether.

The vacant space behind the building will be used for games such as cornhole or bocce ball, small musical concerts, weddings and events with local breweries and wineries once the county is allowed to host large gatherings again.

The couple originally wanted to build on the currently empty lot on the northwest corner of Lodi Avenue and School Street. Plans did not work out, Andy Papas said, and then an opportunity at the new location arose.

They were set to open last summer, but then the COVID-19 pandemic struck.

“It hit us,” Andy Papas said. “Financially it was hard. We were shut down; it affected our economics, it slowed everything down. We had to make arrangements for other types of financing. We wanted to be open six or seven months ago. But that’s fine. We’re okay with it.”

A ribbon-cutting with the Lodi District Chamber of Commerce is planned for March 25.

The Stockton restaurant, which has been offering takeout and deliveries since the pandemic’s first day — with a significant number of orders going out to Lodi and Acampo — will remain open with its 80 current employees as well.

“Sometimes I’m a little bit nervous because of the extra workload,” Jennifer Papas said. “But I think that once we’re in and we’re started, it’ll be like, ‘Oh my gosh, we should have done this along time ago. Why was I worried?’ Yesterday we did a trial run, and it was nice to see how it’s going. The layout here is good and I think everything will work out good.”

Carlos Vazquez and Edgar Gomez opened their Tequileros Taqueria food truck on Feb. 16. at the corner of East Kettleman and Cherokee lanes.

While Vazquez is an attorney by trade and Gomez is a custom homebuilder in Lodi, both worked in the culinary field in high school.

With COVID-19 emerging last year, the pair got together to create the latest mobile eatery in town.

“So we came up with this idea and these recipes and we’re just taking a shot at it, and we’re getting great results out of it,” Gomez said. “So we’re really excited to serve Lodi and we’re bringing in some new recipes, more flavor, more culture, more tradition, but still keeping the original tacos and burritos. We just want to try something new, cater to the community and we’re excited for it.”

The duo’s specialty is the Tequilero taco, consisting of crusted cheese and tequila lime shrimp, topped with onion, cilantro, and the tequilero sauce, which is creamy avocado sauce, and a choice of green or red sauce.

Other offerings include traditional Mexican favorites such as tacos, burritos, quesadillas and tortas, customized to individual tastes.

Contents such as chicken, shrimp, vegetables, shrimp, asada or pastor are available, as well as a cheese only option. Choices vary according to food item.

Co-owner and manager Mary Haddad said on Friday that she and husband Joseph Haddad are now hoping to open the two-story, 42,650-square-foot entertainment venue by next year.

“We should have been opened this year,” Mary Haddad said. “Obviously with COVID and everything that’s happened, there have been setbacks. The lumber we’re using is coming out of Canada, and with shipping and travel restrictions, it’s causing delays.”

Mary Haddad said the building is about 80% complete, and all that remains is the indoor finish work and exterior siding.

The entire building will include 35 bowling lanes, a 2,200-square-foot restaurant, a 1,240-square-foot kitchen and a 3,000-square-foot banquet room. Outdoor seating will be provided on the ground floor, and there will be 79 on-site parking spaces, as well as 67 spaces located on Sacramento Street.

“Being in the entertainment industry, lenders have backed out of a lot of projects because they said they don’t know how things are going to go with COVID,” Mary Haddad said. “And that’s put another damper on our plans. But we’re looking at another lender, and things are looking positive.”