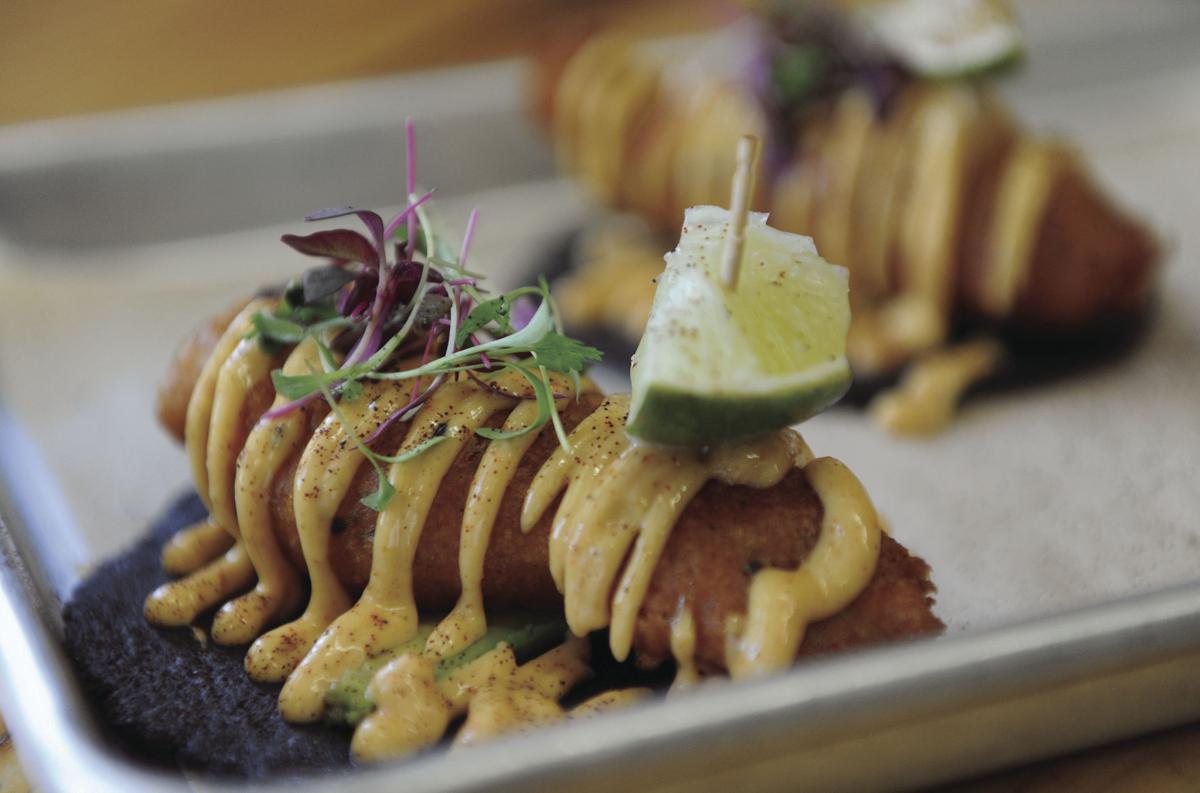 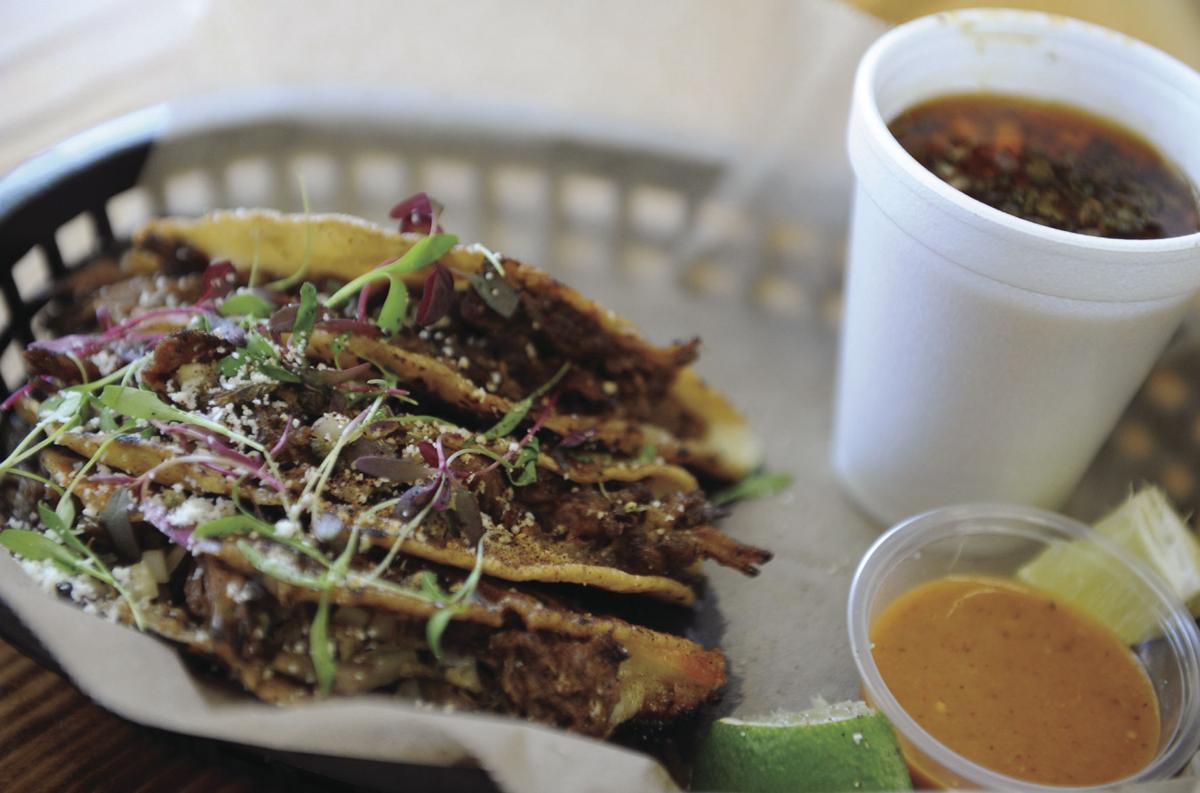 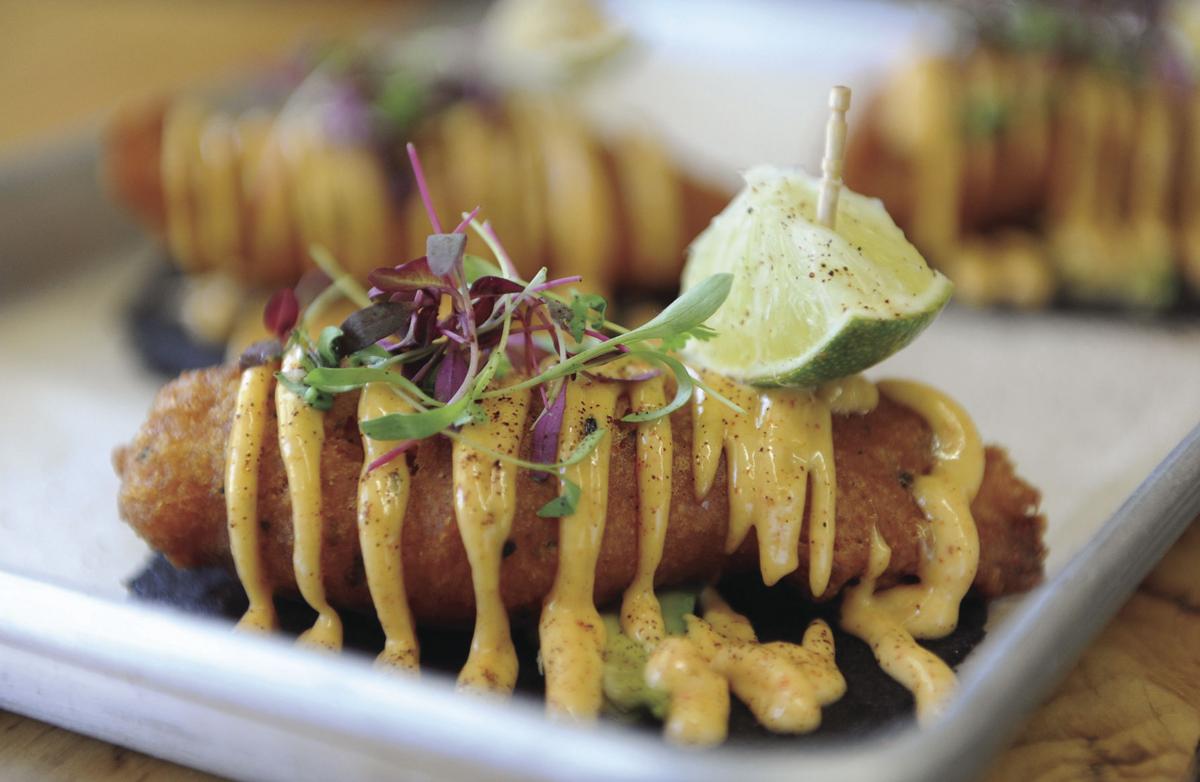 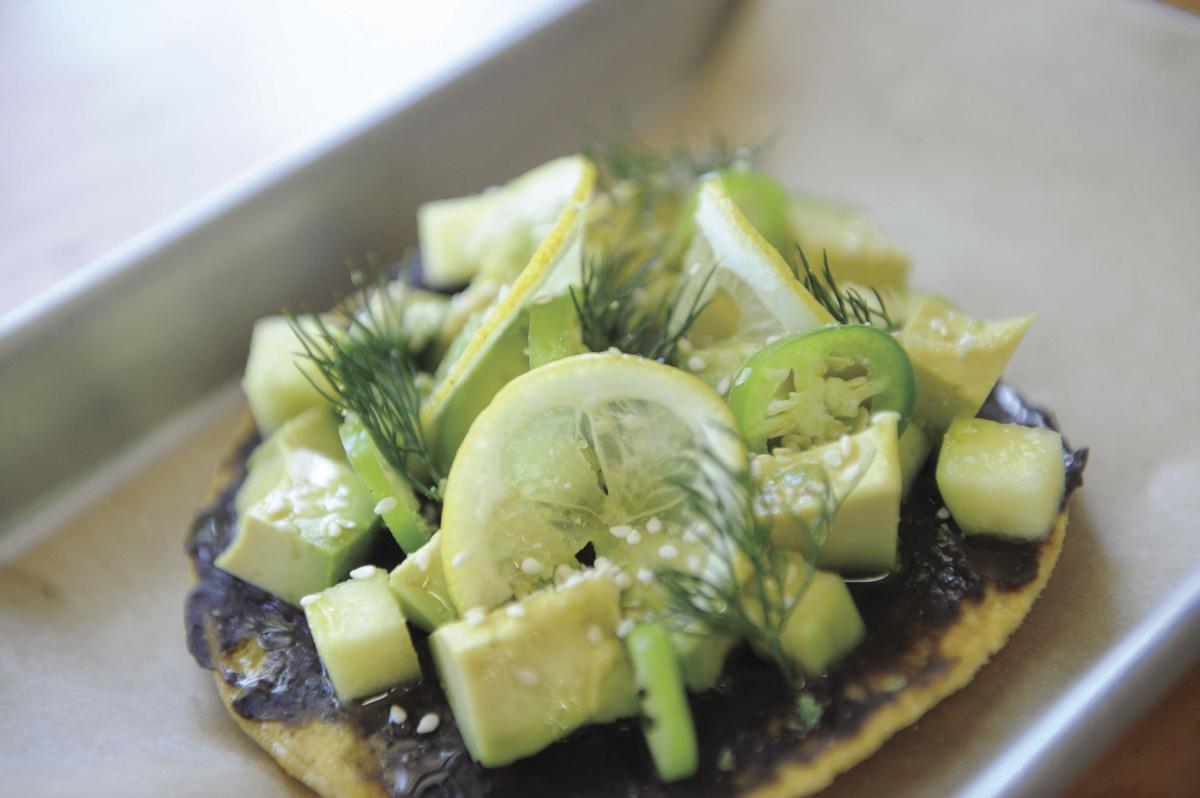 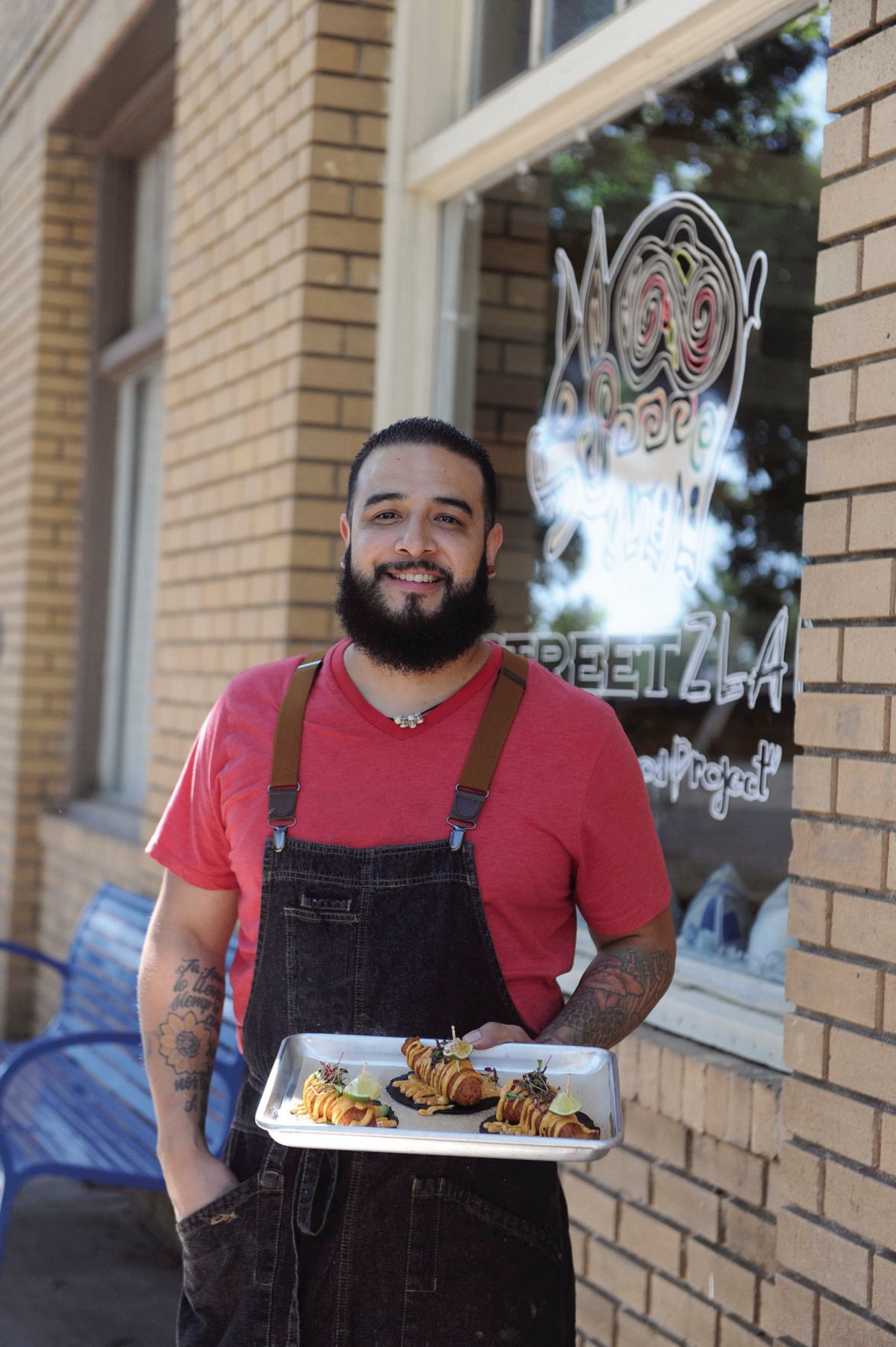 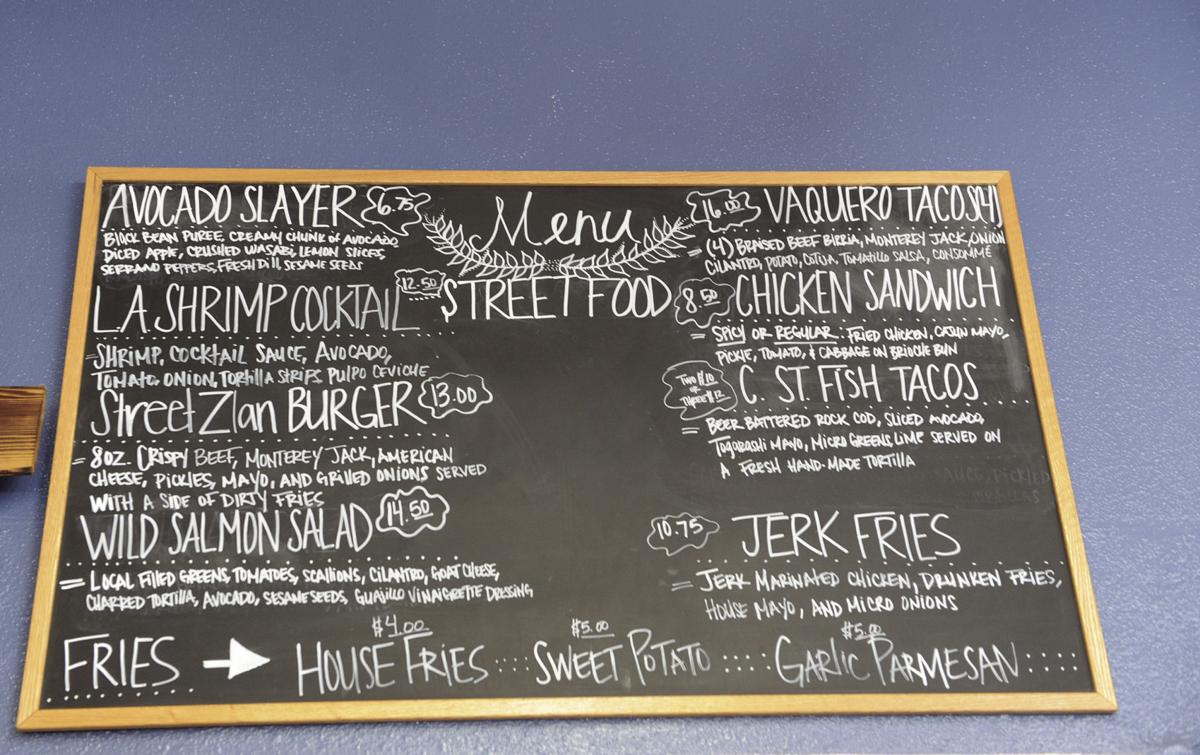 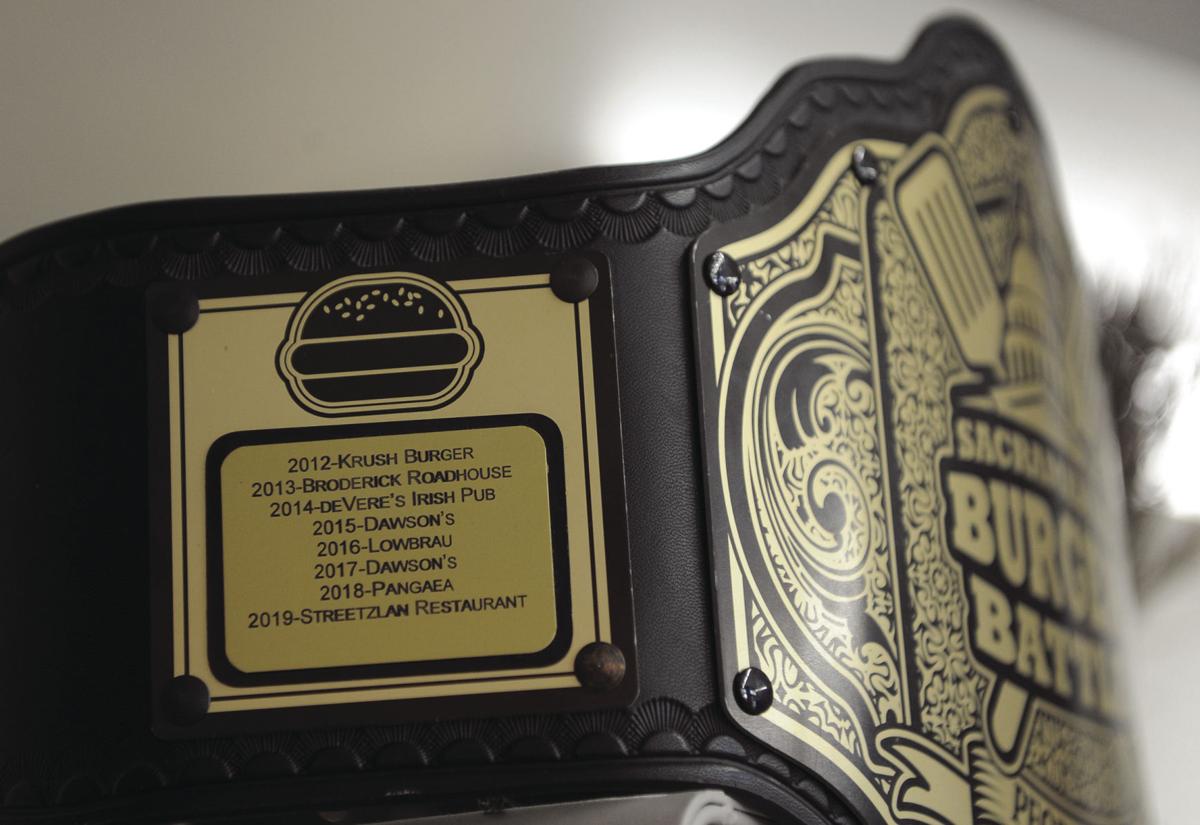 Even on a Wednesday early afternoon, StreetZlan is busy. As a playlist ranging from salsa to alternative rock to pop plays in the background, the phone rings regularly at the Galt restaurant. Customers drop by to pick up their takeout orders, each taking time to say hello to Erick Silva.

Silva and his wife, Jessica, opened the unique eatery on C Street three years ago. The full name is StreetZlan “The Street Food Project,” and the menu offers burgers, tostadas, tacos and a variety of fries.

Through word of mouth — and key performances at food competitions like the Sacramento Burger Battle — they’ve built StreetZlan into a bustling destination for foodies all over the region.

Erick is from San Francisco — though he spent some time in Stockton as a child —and Jessica is from Los Angeles, but the two were attracted to Galt after they visited the area. They wanted a home where their son and daughter could grow up in a neighborhood with other families.

“We just made it happen,” Erick said.

Not long after moving to the area, the couple found themselves unemployed. So Erick, with a culinary school background and years of experience as a chef, took the plunge and invested in a tent, tables and other equipment to run “pop-up” eateries at farmers markets in Sacramento and the surrounding area.

That led to getting a catering license, and the Silvas began serving up delicacies at events throughout the area.

Soon, customers were asking where to find their restaurant.

“We put it out in the universe, and it happened,” Erick said.

Three years ago, they opened the doors of their restaurant in Galt’s Old Town. The food blends Mexican, American, Caribbean and European flavors, and the decor reflects that eclectic inspiration. So does the name, a hat-tip to the restaurant’s street food origins with a Nahuatl twist — the language spoken in parts of pre-Columbian Mexico.

The Silvas had brainstormed a lot of names, Erick said, but they didn’t want something purely Spanish, since the menu draws on influences from throughout California and around the world.

The name StreetZlan represents a “bridge between concept and culture,” Erick said.

“We wanted to cook whatever we wanted,” he added.

The Galt location has ended up being a boon for StreetZlan. At first, Erick said, the couple tried advertising with signs and flyers, but it was really word of mouth that made their restaurant take off. Diners would drop by to try the restaurant, then return with friends. Others came and said a friend or family member had insisted they try StreetZlan.

The Silvas have worked to build those connections, taking the time to get to know their regulars and welcome newcomers.

“Galt is a very supportive city,” Erick said. “I wouldn’t choose to be anywhere else.”

Which isn’t to say the StreetZlan team never makes an appearance elsewhere. In 2019, they were invited to compete in the Sacramento Burger Battle for the first time.

The competition was intense. They were told that they didn’t need to bring anything but their food, but when the StreetZlan team arrived at the competition, they found all of the regular competitors had specialized set-ups.

So they focused on perfecting the flavor of their King Sliders instead — and it paid off. At the end of the competition, they’d landed the People’s Choice award, previously held by Sacramento heavyweights like de Vere’s Irish Pub, Lowbrau and Empress Tavern.

The Silvas have put their blood, sweat and tears into StreetZlan, Erick said — and he’s grateful to his wife for everything she does, not just at the restaurant but as a mother.

“I couldn’t have asked for a better partner,” he said.

It pays off when new customers become regulars, spreading the word to their friends or writing glowing reviews on websites like Yelp.

“Those words mean everything to you,” Erick said.