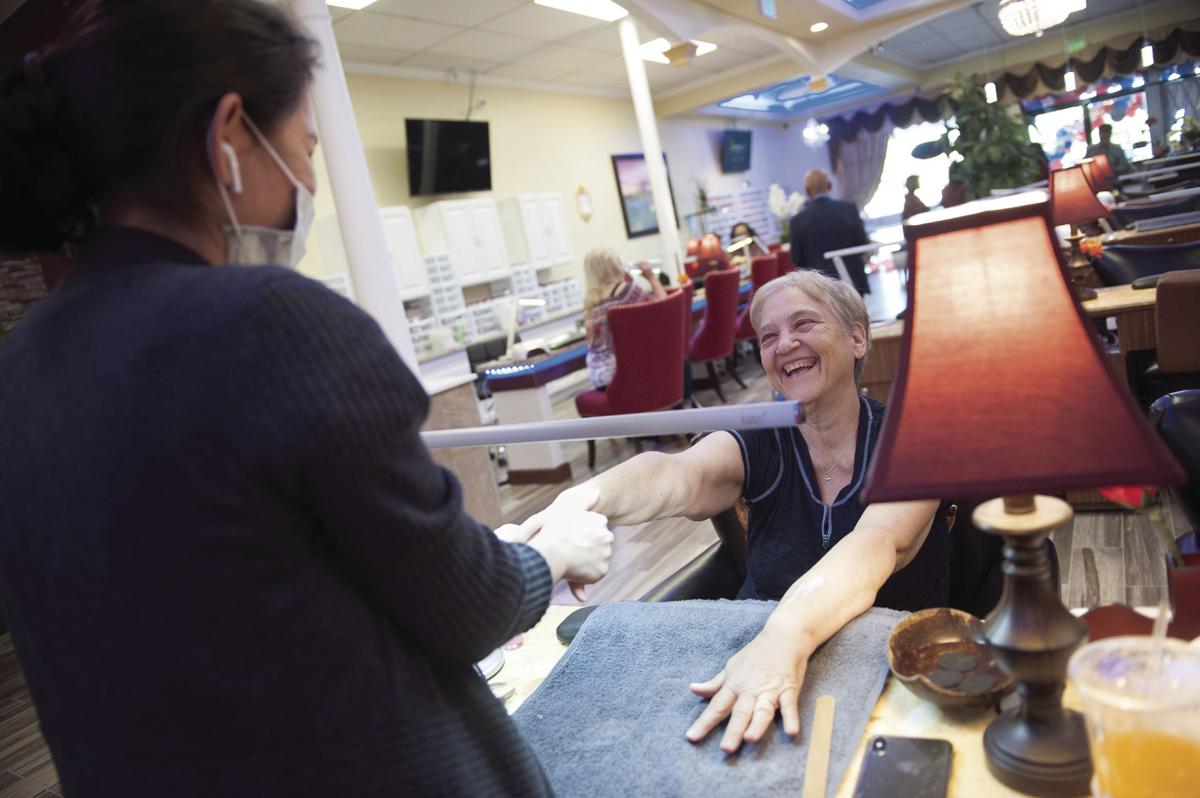 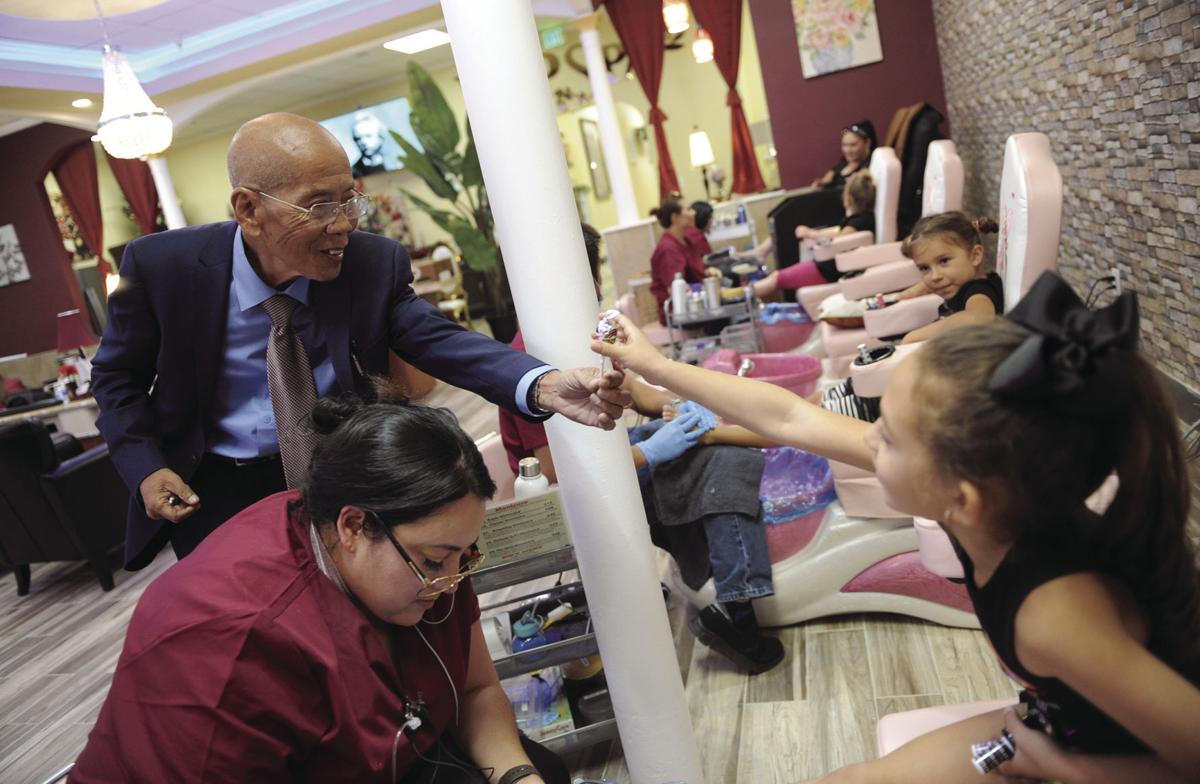 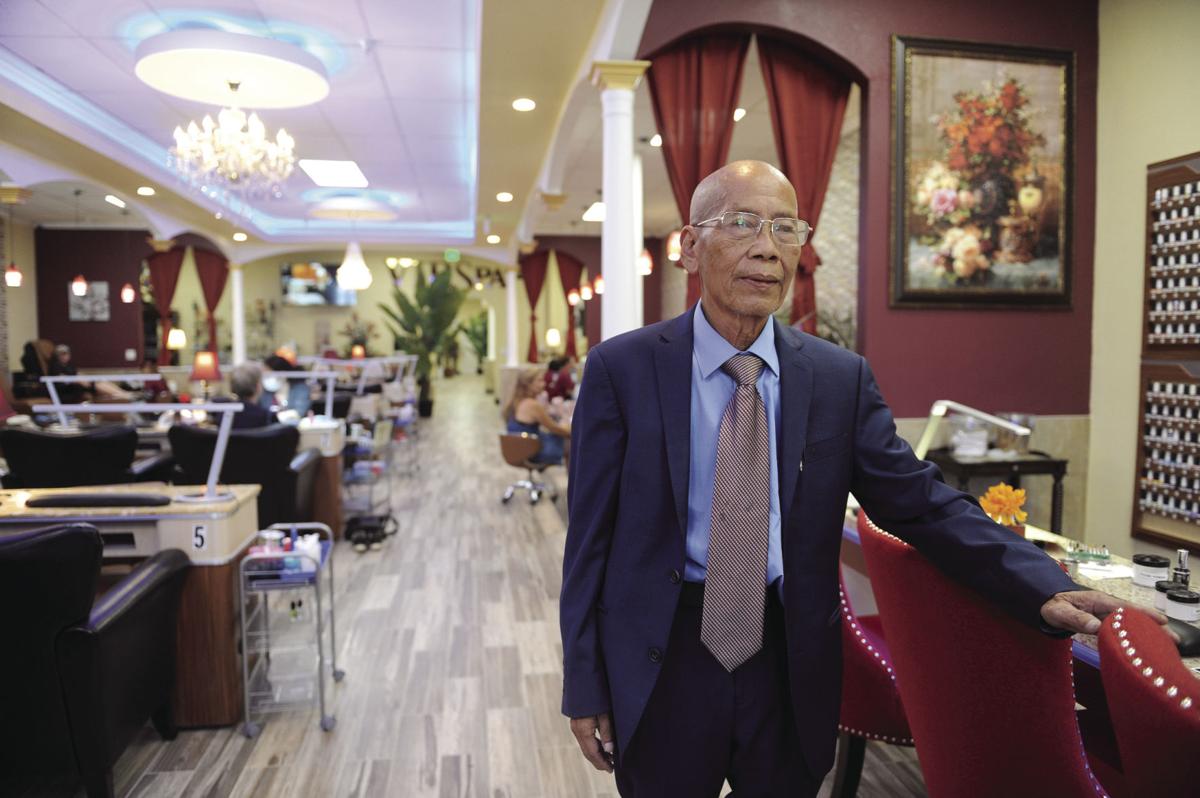 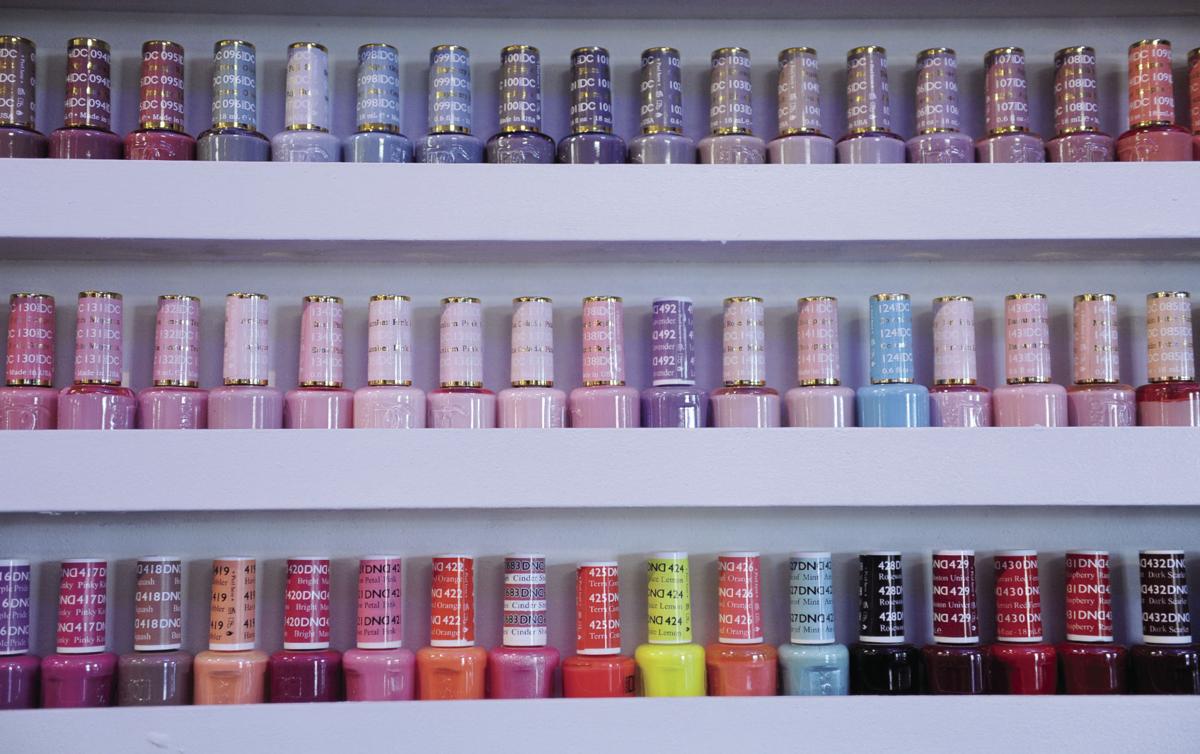 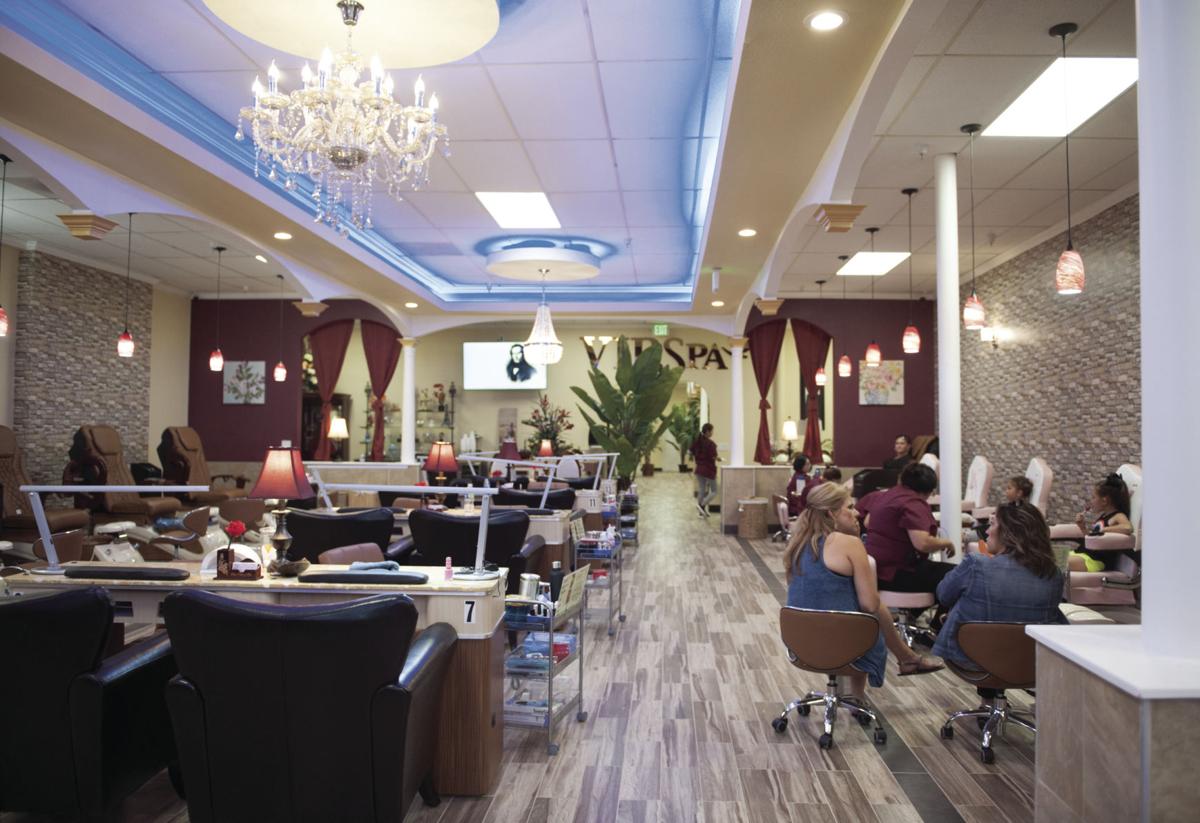 There is a new location in town for anyone who likes to pamper themselves a little.

VIP Nails & Spa opened its Lodi location this week, and offers many different services in a luxurious setting.

The salon, elegantly decorated with chandeliers, tall greenery and art work, specializes in manicures, pedicures and spa services such as

“I want to serve my customers well,” owner Tue Pham said. “I want to give the citizens of Lodi a really good service at a reasonable price.”

The spa has 33 pedicure chairs lining the main space of the salon. Five of the chairs are smaller and pink and decorated in a Tinkerbell

theme. They are flanked by two adult-sized chairs for easy parental supervision, and are perfect for a party or a mother-daughter outing.

In the middle of the room are approximately 20 manicure tables, where Susan Otteros was being pampered on Wednesday. Otteros, a client

at Phamʼs Sonora location, heard about the Lodi opening so she and a friend decided to drive to Lodi and check it out.

“Itʼs beautiful here, we love it!” she said.

Towards the back of the business is a separate room for pedicures. The room, equipped with seven sitting stations, uses dimmed lighting and

music to create a relaxing atmosphere. Itʼs ideal for a private party or special events.

The business offers a number of refreshments for its customers, including white and red wine.

The journey to becoming a nail and spa salon owner in Lodi has taken many twists and turns for the 71-year-old Pham.

He was born in Vietnam, where he grew up with his siblings. Pham says he served in the Army of the Republic of Vietnam during the Vietnam

War, and that after the war ended he was imprisoned by the communist-led government for seven years.

“I had to go through a lot of tough times. With the communists, If you were an American ally, you were treated like an animal.”

With his familyʼs background as herbalists, Pham says he was able to help other prisoners by using his knowledge to treat their ailments and

“The power from the universe helped me survive,” he said.

In 1990, Pham opened an acupuncture business in Vietnam. Four years later, he left his native country and came to the U.S. as a refugee.

Pham went back to school and studied English and received a bachelorʼs degree from California State University, Stanislaus, and earned his teaching credential in 2001.

After he graduated and had worked a few years as a teacher, his wife suffered a heart attack and spent three years in a coma before passing away.

Three years later he remarried his current wife, Phuong Nguyen. She was a business woman in Vietnam, and the pair met online.

After a few years of teaching, Pham decided he wanted to try something new while also providing Nguyen an opportunity to flourish in her new country.

Nguyen went to school and acquired licenses in massage therapy, as an esthetician, and as manicurist.

Pham opened a nail salon in Sonora in 2004, which he still owns, and has now expanded his business into Lodi.

“Lodi is my most favorite area, so I decided to open here,” said Pham, who hopes to add 30 more employees.

Pham said his diverse background helped him become the person and business owner he is today.

“From my background, as a former officer, as an herbalist, as a salon owner, and as a teacher, they all combined together to make me, andmade up my vision,” he said.