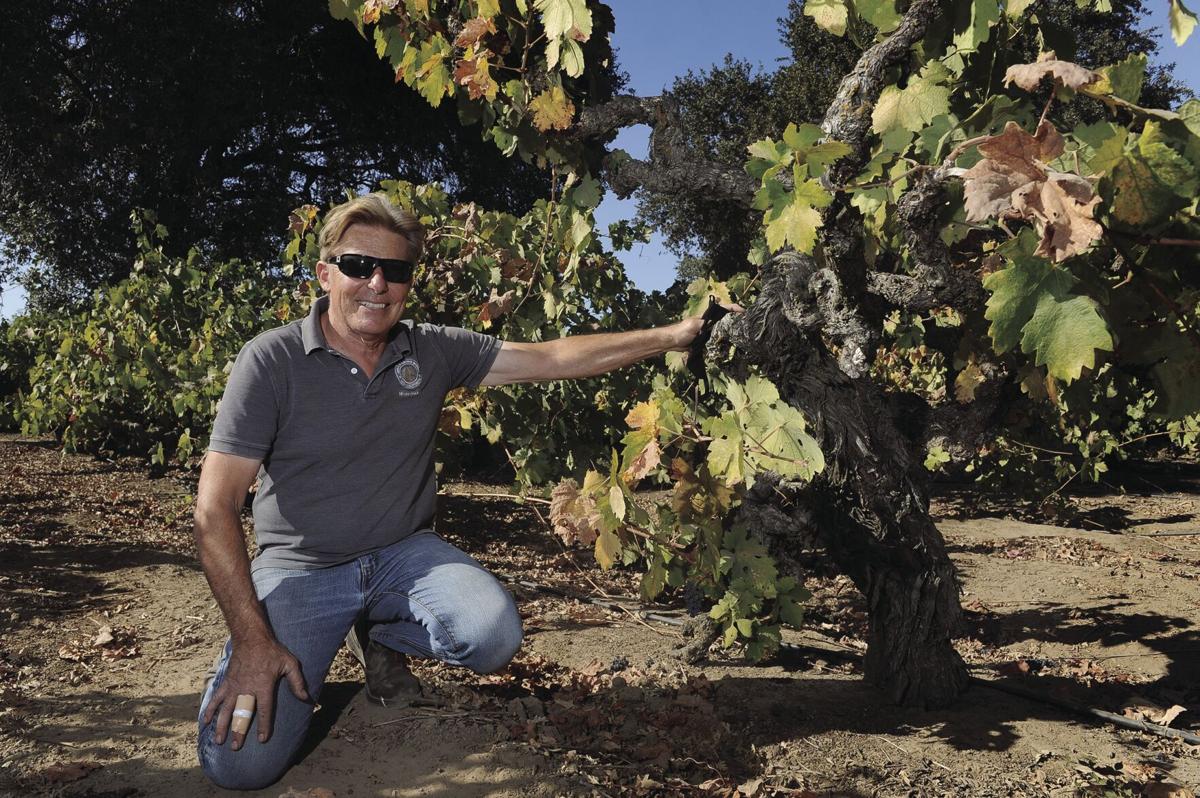 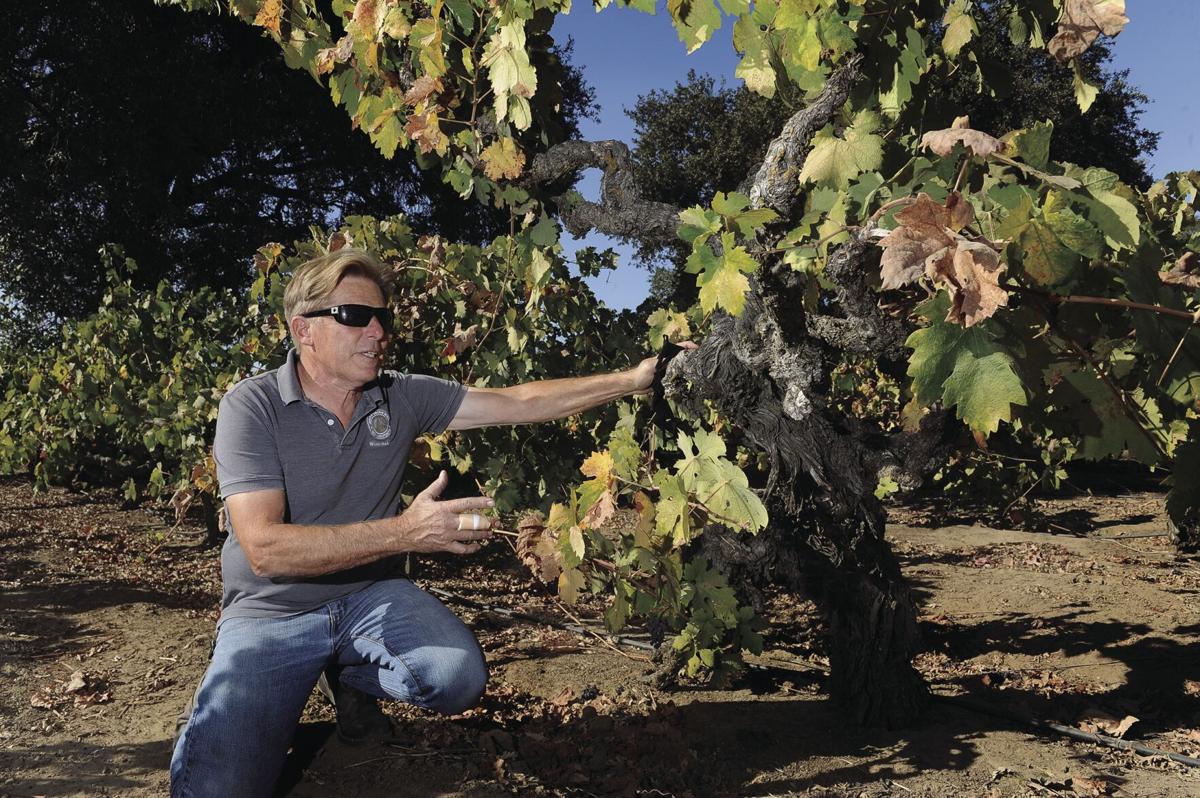 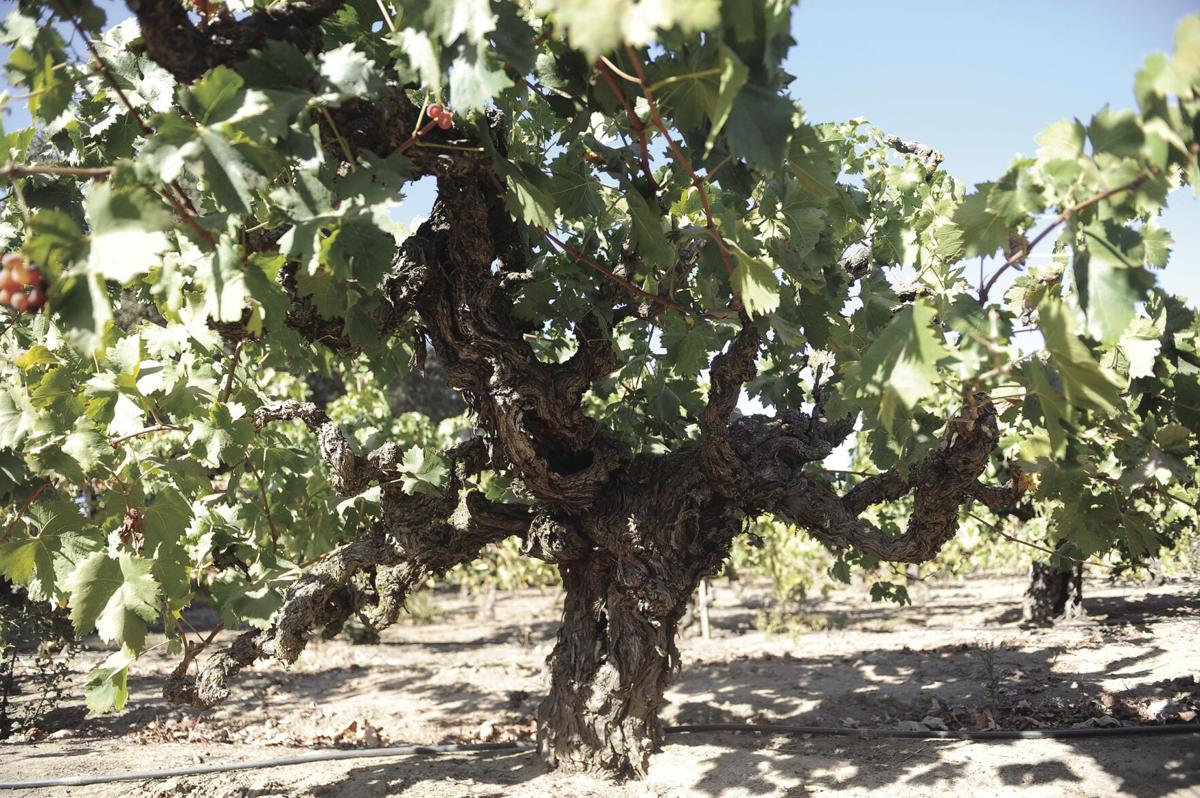 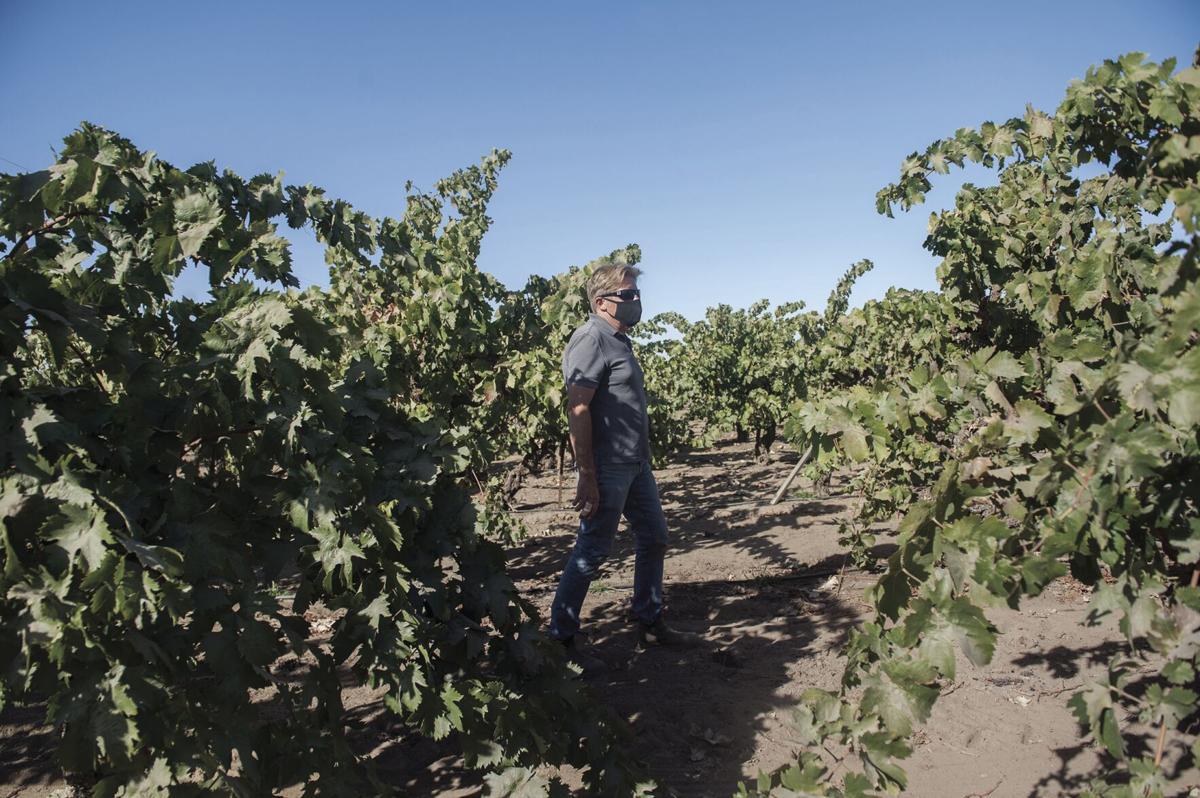 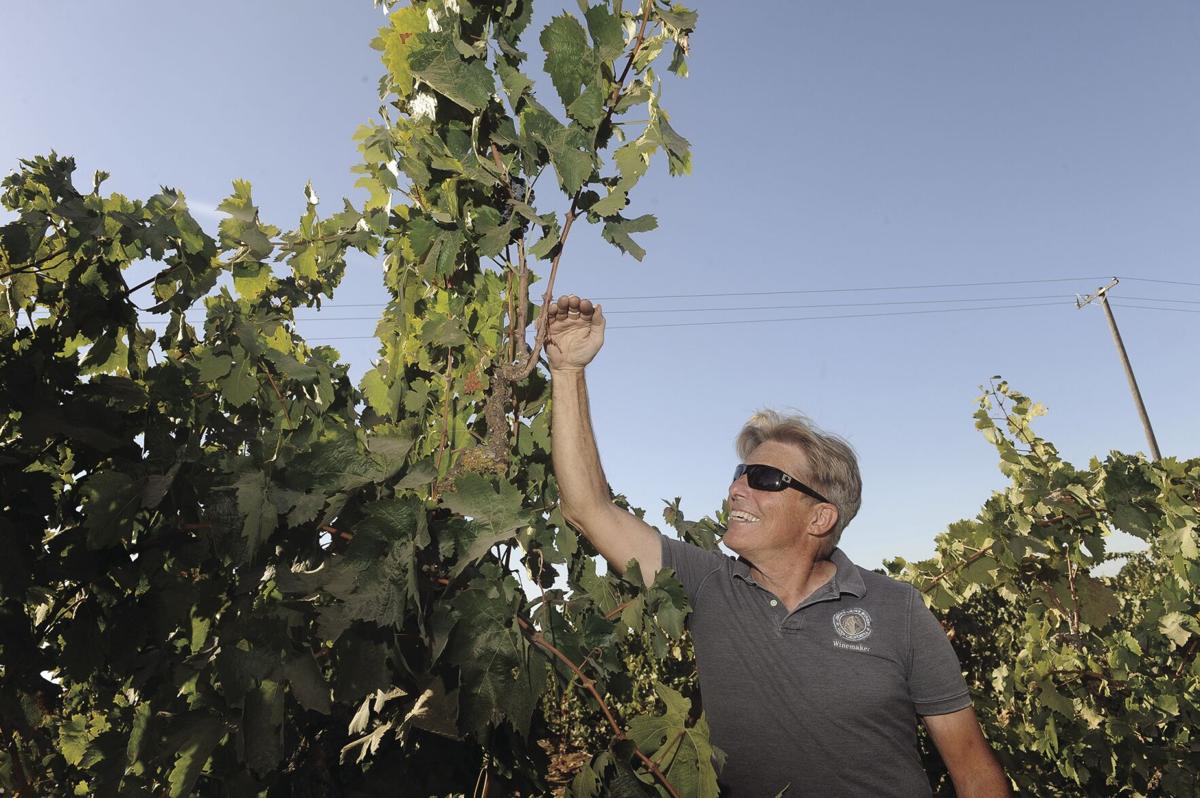 BEA AHBECK/NEWS-SENTINEL Owner and winemaker Greg Burns shows off the height of one of his Carignan vines, planted in the year 1900 by Burns' great great grandfather Joseph Spenkler, at Jessie's Grove Winery & Vineyards in Lodi Friday, Oct. 23, 2020. It was over seven feet tall. 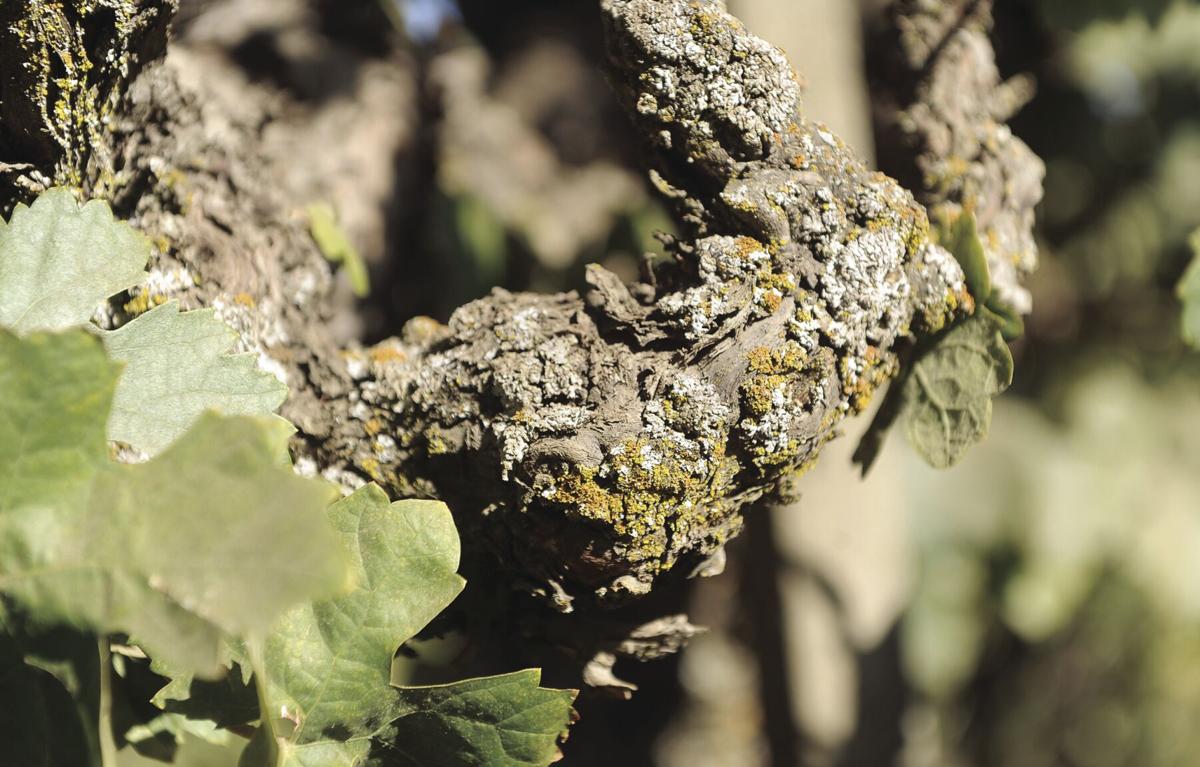 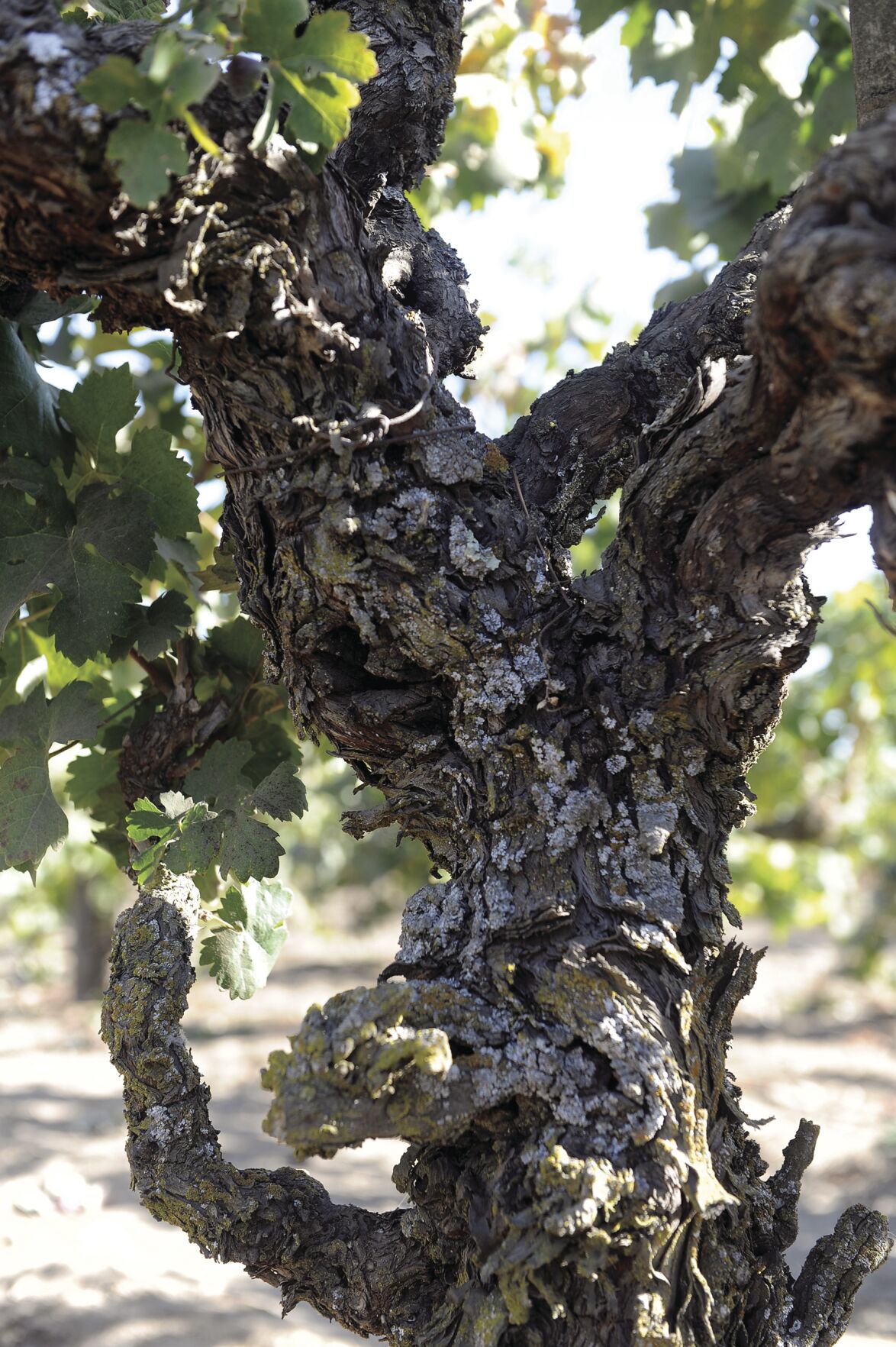 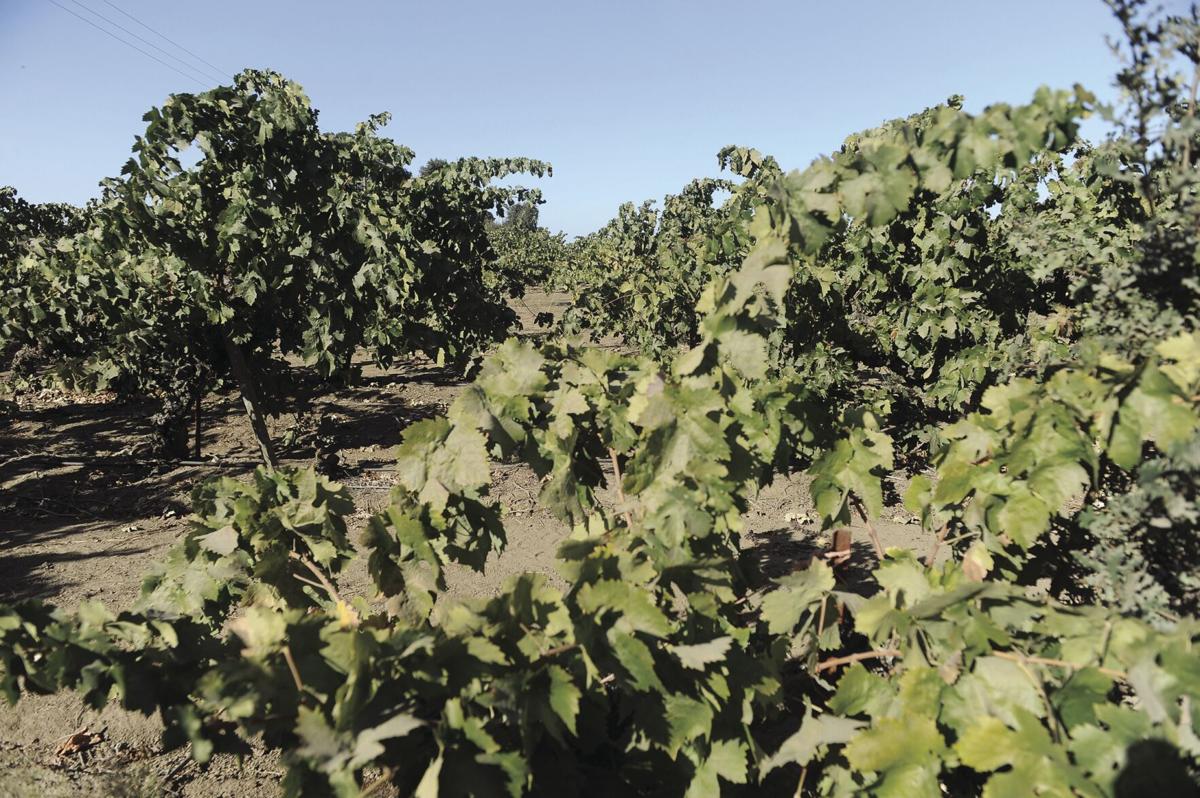 BEA AHBECK/NEWS-SENTINEL Owner and winemaker Greg Burns shows off the height of one of his Carignan vines, planted in the year 1900 by Burns' great great grandfather Joseph Spenkler, at Jessie's Grove Winery & Vineyards in Lodi Friday, Oct. 23, 2020. It was over seven feet tall.

The Lodi Winegrape Commission has unveiled its newest campaign to help market the region, but this latest effort has a double-sided goal: Showcase the history of the Old Vine Zinfandel and save the vines that made Lodi famous.

Earlier this month, the commission launched the “Save the Old Vines” campaign, aimed at raising general awareness and education surrounding the decades-old plantings in Lodi, as well as promoting the quality of wine produced from the vines among consumers and industry representatives alike.

“We truly believe we have something unique in Lodi, and have more of it than any other part of California,” commission executive director Stuart Spencer said. “Our old vines are special. They make really delicious wines. They have a story to tell and a history that makes them attractive to growers and winemakers from all over the world.”

The Lodi appellation has about 200 acres of old vines in nearly three dozen vineyards, some of which are more than a century old.

However, in recent years, Spencer said the cost to farm the vineyards has risen while production has declined, forcing some growers to rip out the historic vines and replace them with younger ones that promise a greater yield.

“A lot of old vineyards are Zinfandel brands, and there are several other Zins grown in other parts of California,” Spencer said. “A lot of other winemakers and wineries are going to wines produced at lower cost but can take a greater share of the market. We feel this is a great tool to connect with consumers and growers, and to get them to look at Lodi as a place to make something special.”

The “Save the Old Vines” campaign is part of the commission’s broader Lodi Rules marketing brand, and www.savetheold.com provides consumers, producers and investors with a glimpse of the appellation’s historic old vines.

Clicking on “Old Vine Vineyards” lists 32 of the oldest vineyards in Lodi, owned by wineries such as Jessie’s Grove, Harney Lane, Michael David, Lucas, LangeTwins, m2 Wines and Macchia, among others.

The oldest vineyard listed on the site is the Bechtold Vineyard Cinsault, owned by the Spenker family and Jessie’s Grove.

Clicking on “Old Vine Wines” provides a list of available wines made from these historic vines, including Zinfandels from Klinker Brick, Stama, Ironstone and Riaza, among others.

Greg Burns, owner and winemaker at Jessie’s Grove, said he was very proud the Winegrape Commission embarked on the campaign, adding that his winery, along with Lodi’s other founding wineries, carry the history of the vines with the legacy of their businesses.

“The Zins, the Cinsaults, the Carignanes, and even some of the Petit Syrahs, are vines with good wine body and integrity,” he said. “As vines get older, the ability to produce tonnage lightens depending on the soil conditions. Lodi’s not had the (soil issues) other areas have had, and we have the sandy loam soils, which have been able to help us keep these heritage vines going.”

Burns said he has not removed any of his old vines, but understands why some growers and wineries are ripping them up: the economic aspect of owning a vineyard or winery and getting a good return on investment.

“Preserving these has become more of an art of passion and caring for them,” he said. “Those of us blessed to have these will probably farm them until they drop off their curve. For my (Zinfandels, Cinsaults, Carignanes), I’m sure I can get another 20 or 30 years out of them.”

Spencer said he hopes the new campaign can present a brighter future for old vines.

“I’ve gotten a lot of inquiries from people all over the world who want to come look at these vineyards,” he said. “They want to know how we can keep these vines in the ground and get customers to appreciate the quality of wine these older vineyards can deliver.”

The campaign will host a virtual tasting and panel discussion of old vine wines on Nov. 10, at 4:30 p.m. at www.facebook.com/LodiWine.