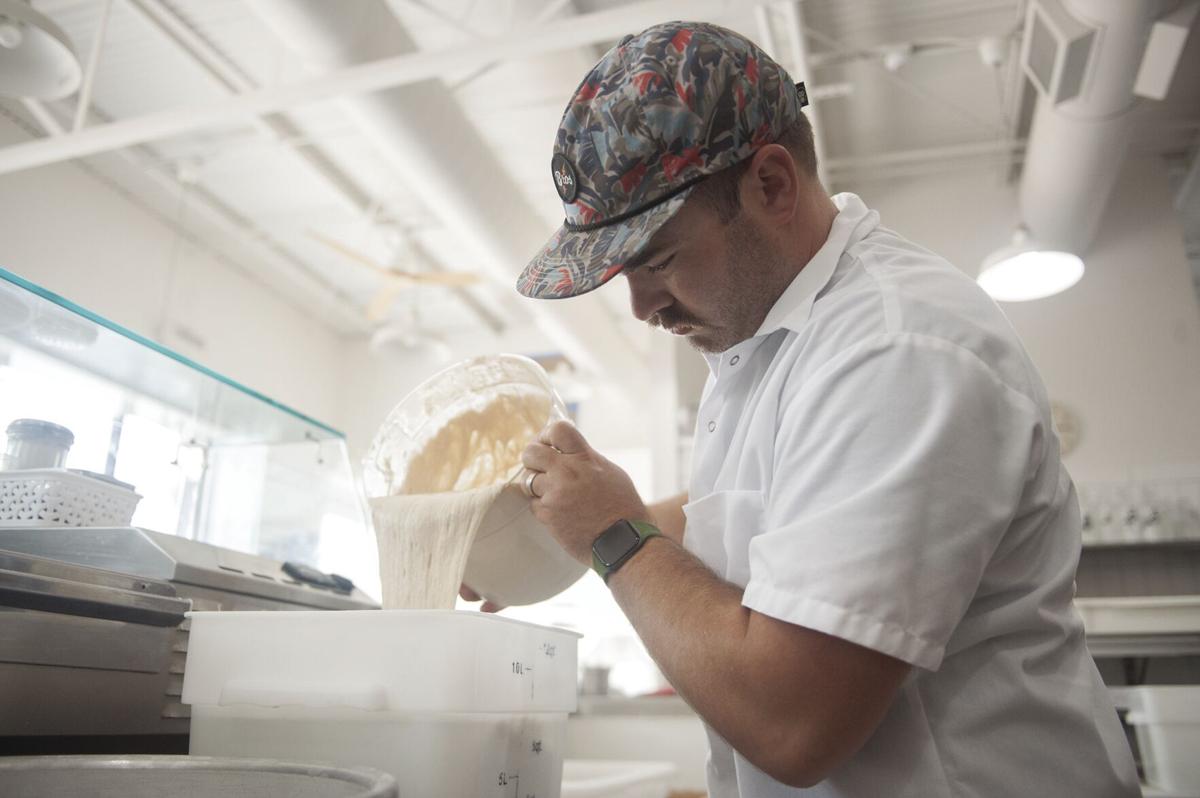 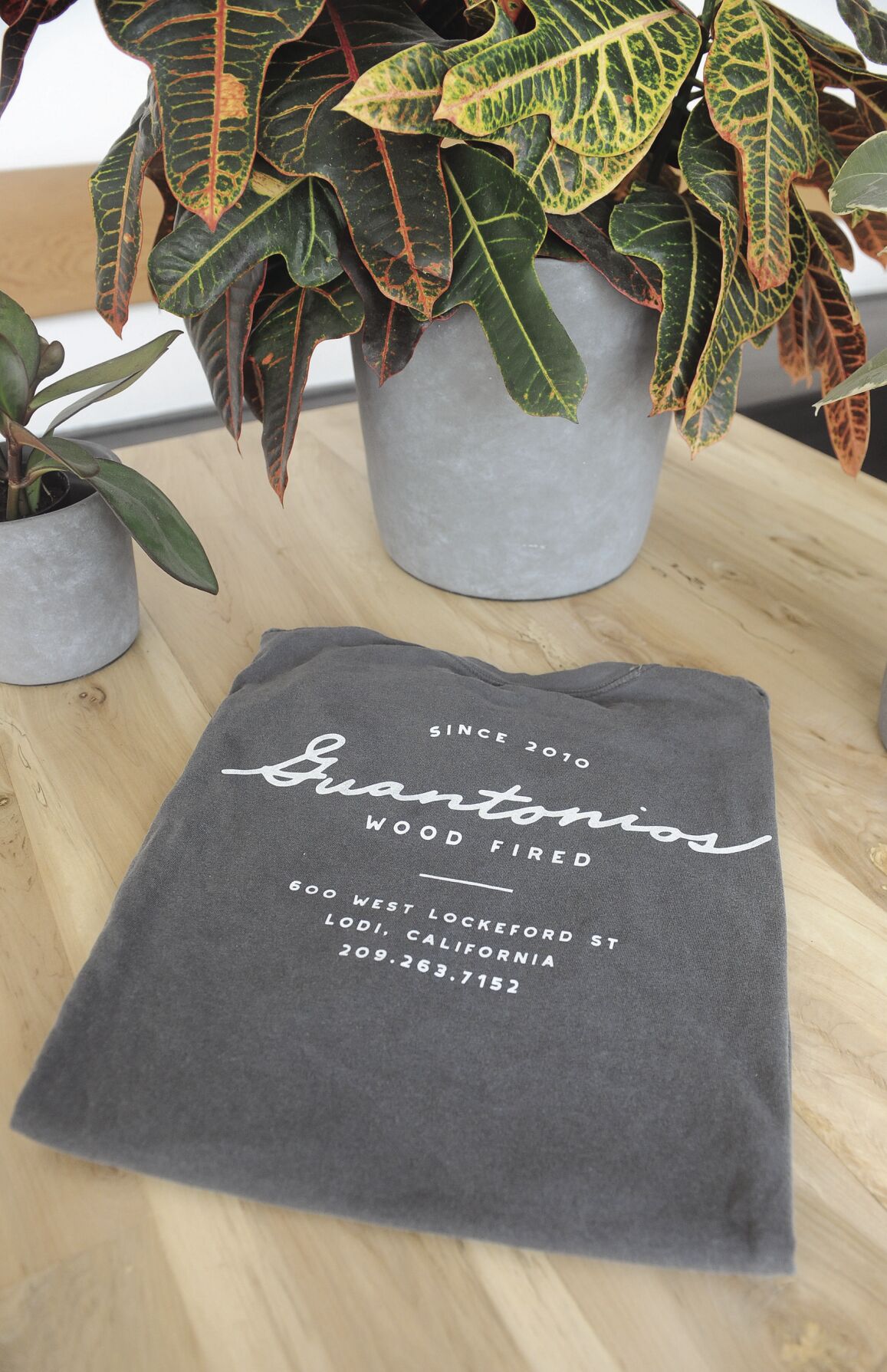 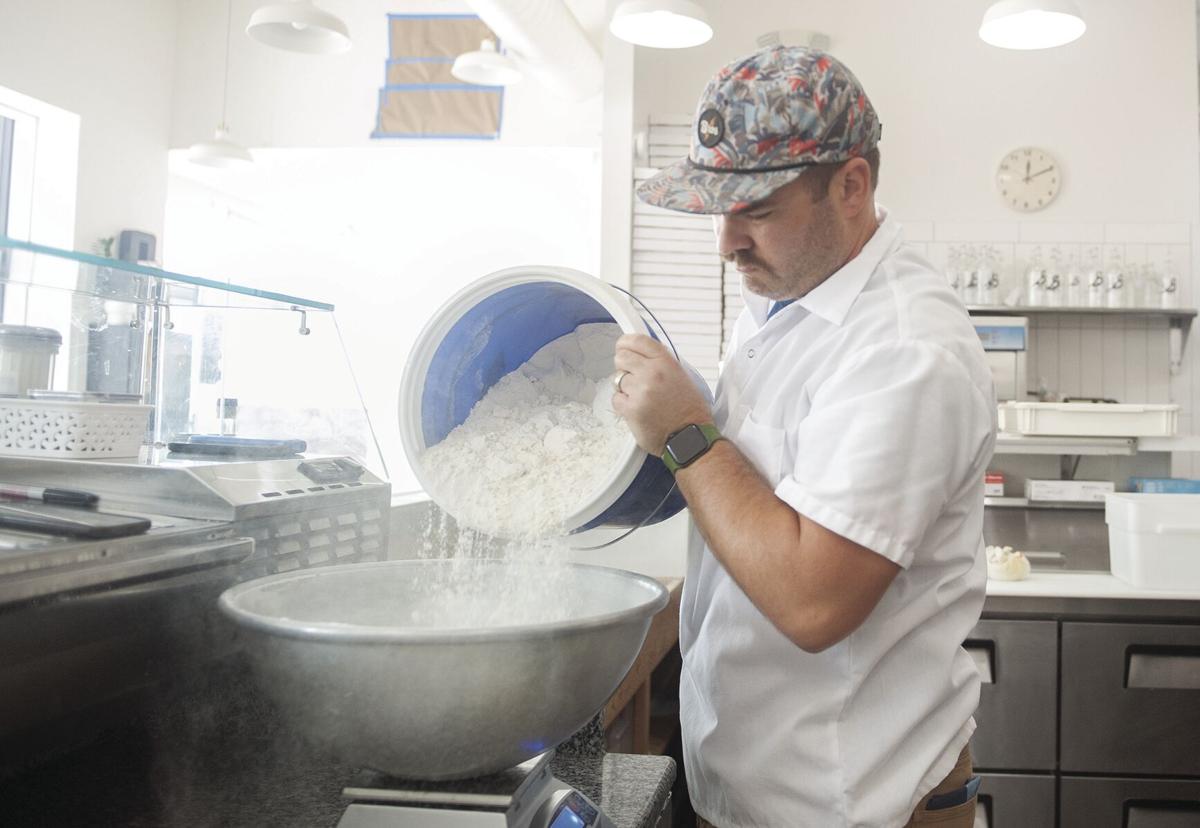 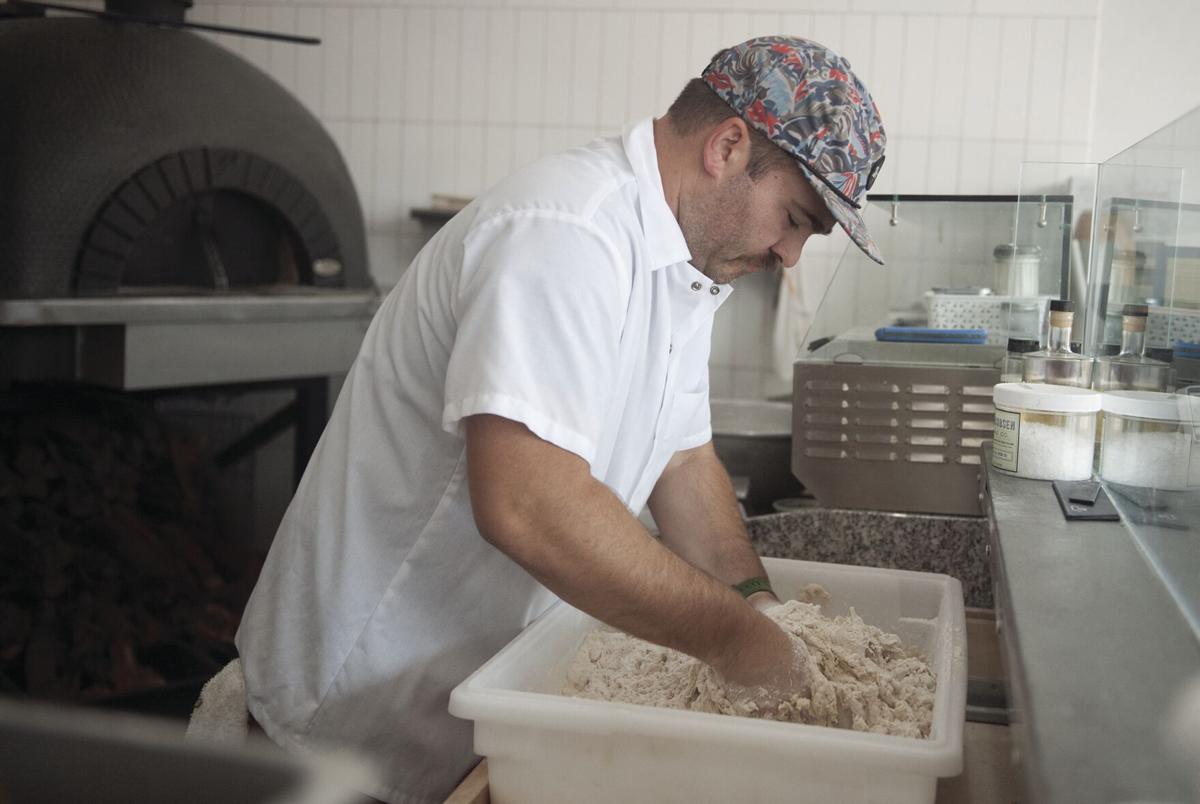 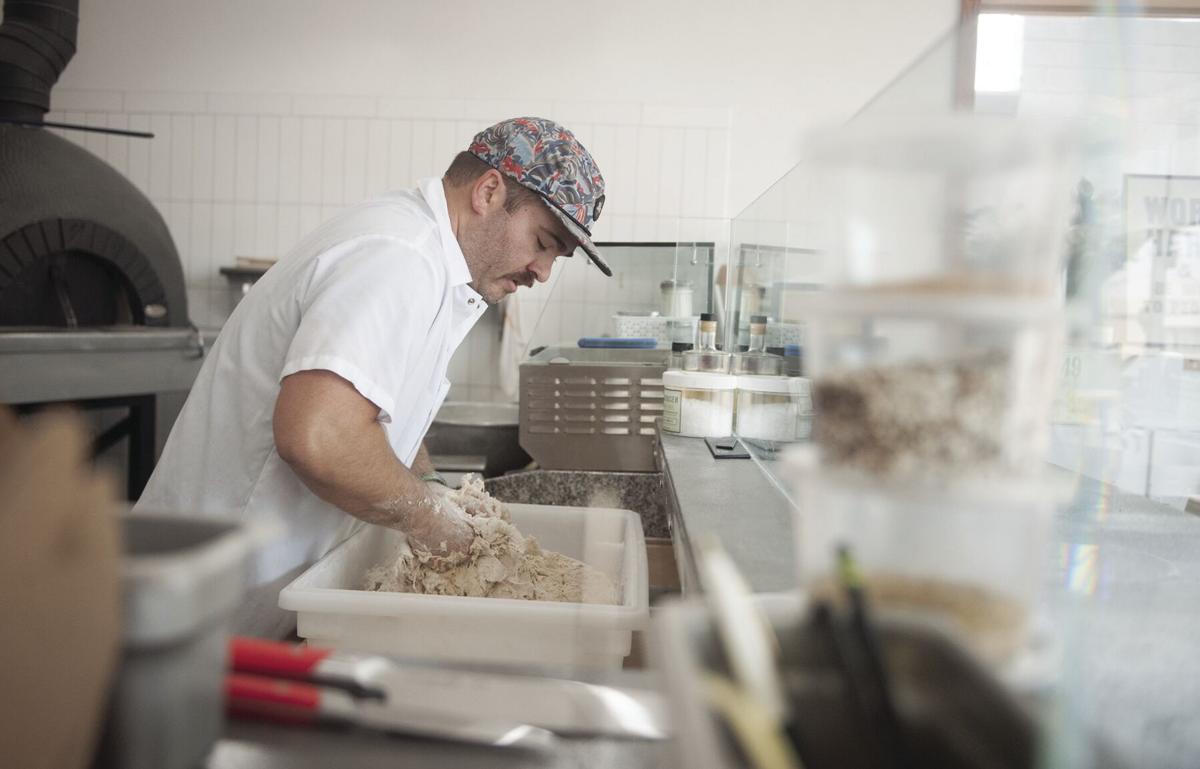 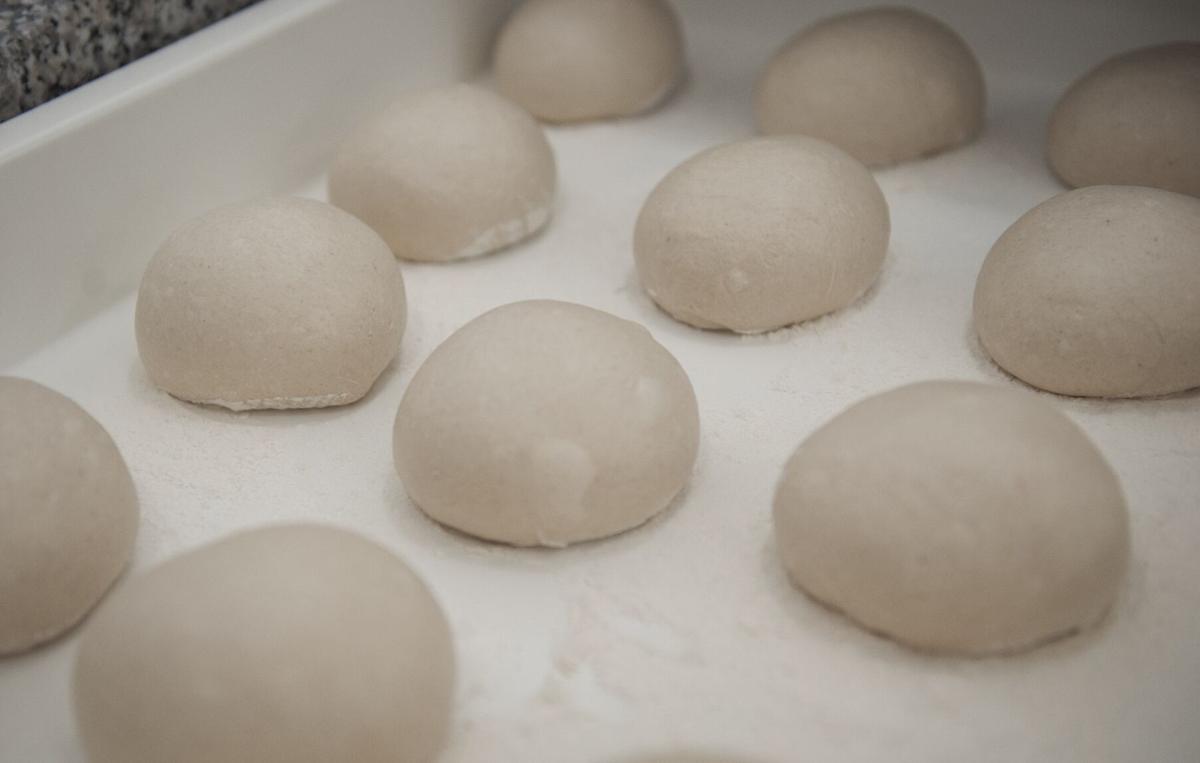 When the Guantone family conceived of Guantonios Wood Fired Pizzas more than a decade ago, the goal was to take up shop in a brick and mortar building in Lodi.

Unfortunately, a suitable location could not be found, and plans to open a restaurant fell through. Instead, the family started a mobile catering business.

Now, after 10 years of creating fresh, hand-crafted pizzas at local events, Nick Guantone Jr. has made his family’s dream become a reality.

In June, Guantonios opened its doors at its permanent location, 600 W. Lockeford St. in Lodi.

“We’ve had opportunities to do something like this here in town, but the timing was just never right,” Guantone said. “Then about three years ago, we really started to look at doing something. We wanted a neighborhood spot, and an opportunity came up her that we just couldn’t pass up.”

Guantone and his family, including his wife Marissa, parents Shelly and Nick Sr., and sisters Natalie and Jessica, had their eyes on a Lockeford Street building for several years.

The building had been vacant at least a decade, and over the past three years, the family has completely renovated the building, installing the kitchen and creating a decor that gives the restaurant its own personality.

While their main fare is pizza, Guantone said Guantonios is not a typical pizza restaurant.

“We wanted to create a place that locals could really take pride in and be excited about when they bring friends and family from out of town,” he said. “We wanted to make something casual, comfortable and easily accessible — something you could just walk down the block to get good food.”

Although Guantonios is designed as a sit-down restaurant, the recent COVID-19 pandemic has hampered the family’s plans to welcome diners inside for the time being.

But Guantone said that hasn’t stopped the family from making pizza, since restaurants can provide takeout and delivery services under the orders.

During the restaurant’s operating hours of 5 to 8 p.m. Wednesday through Saturday, Guantone and his family make anywhere from 80 to 100 pizzas a night, he said.

Inspired by Northern California agriculture and the artisan pizzas created in several San Francisco restaurants, Guantonios’ pies are made with products grown by farmers and ranchers throughout the Central Valley.

While Gauntone admitted that the restaurant’s most popular pie is currently a standard pepperoni, the “Summer” pizza he only recently created — made with purple okra — has really taken off.

Guantone visited a local farmer about a month ago who had grown the crop, and his mind went to work trying to figure out how to incorporate okra into a pizza, he said. He called a restaurateur and friend in Seattle, who suggested using torpedo onion, yellow corn, pecorino, calabrian chili and sesame with the okra.

Guantone didn’t think the Southern-flavored offering would last too long on the menu, he said, but it is becoming more popular as the weeks pass by.

However, what has always made Guantonios different from other pizza eateries, Guantone said, is the dough.

Hand-mixed and naturally leavened, the dough is made of organic, non-GMO flour, with no commercial yeast and no added ingredients. Guantone said the restaurant’s dough has more flavor, helps with digestion, and is the same kind of product used by artisan bakers in cities such as San Francisco and Seattle.

The family worked hard to get a permanent restaurant open, he said, and everyone is looking forward to the time when they can have customers come in to eat.

“These are difficult times, but we really enjoy getting to know the local community and the neighborhood,” Guantone said. “We’ve really been able to connect with the community, and building lasting relationships right off the bat has been amazing and awesome.”

To view a full menu or order takeout, visit www.guantonios.com or the restaurant’s Facebook page. Guantonios can be reached by phone at 209-263-7152. Pre-order hours are 10 a.m. to 2 p.m. Wednesday through Saturday, and pick-up hours are 5 to 8 p.m.