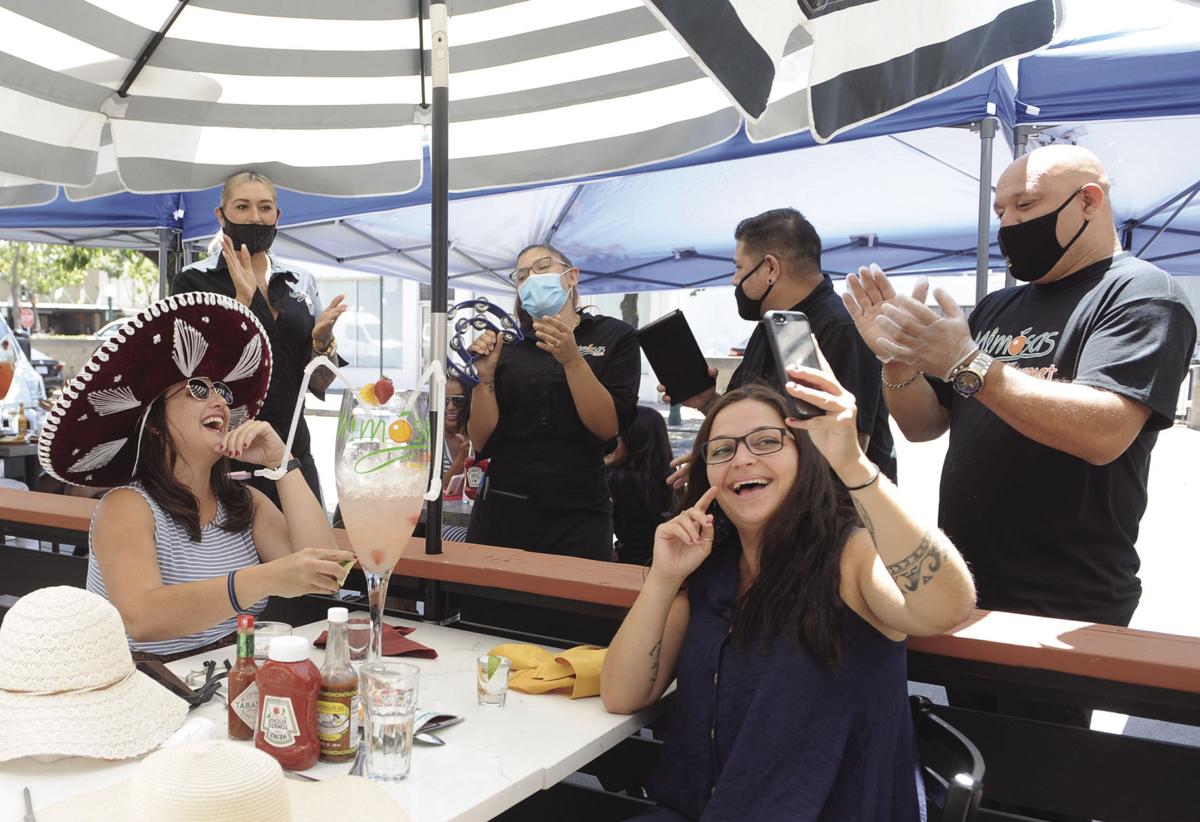 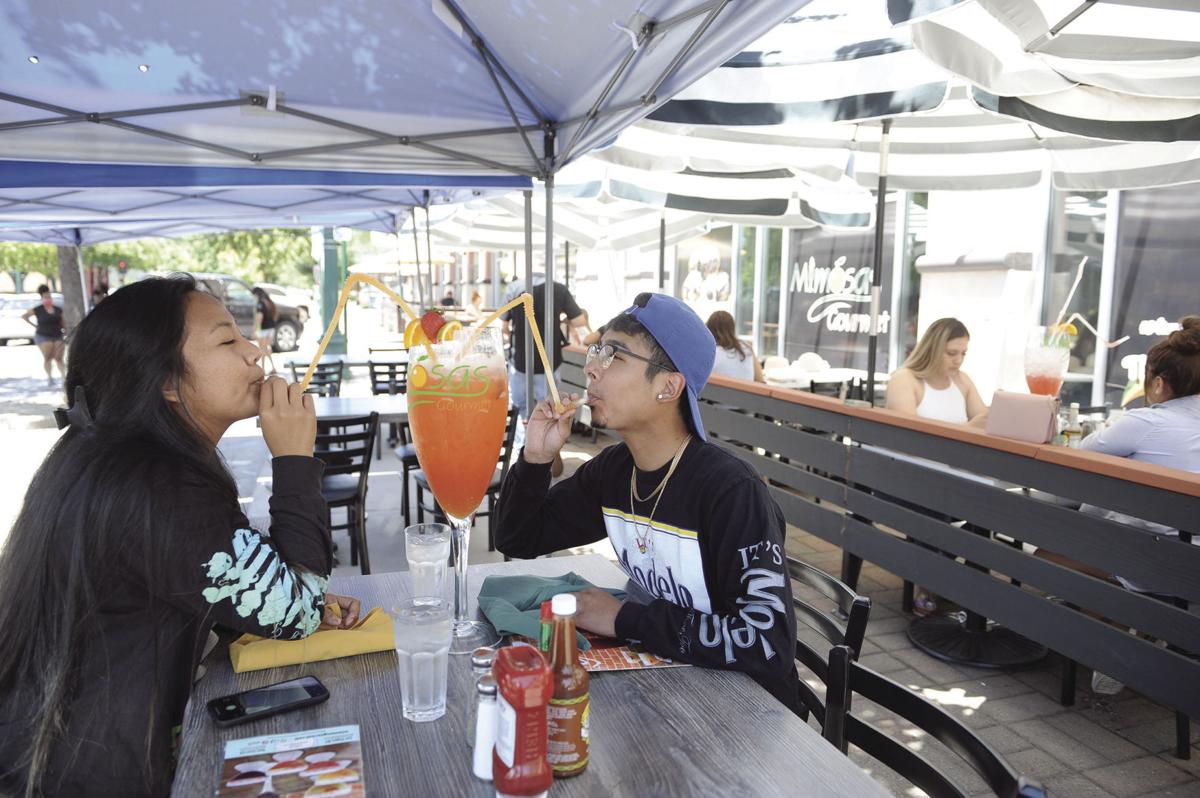 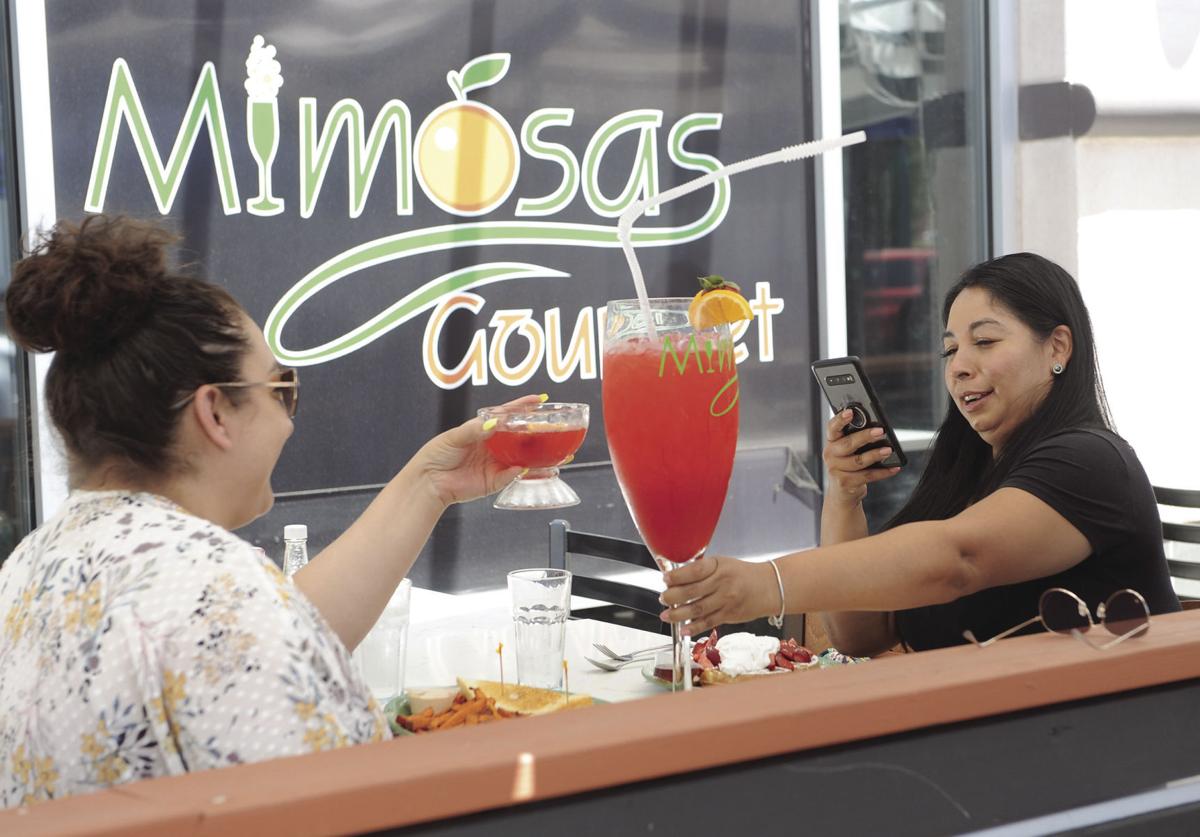 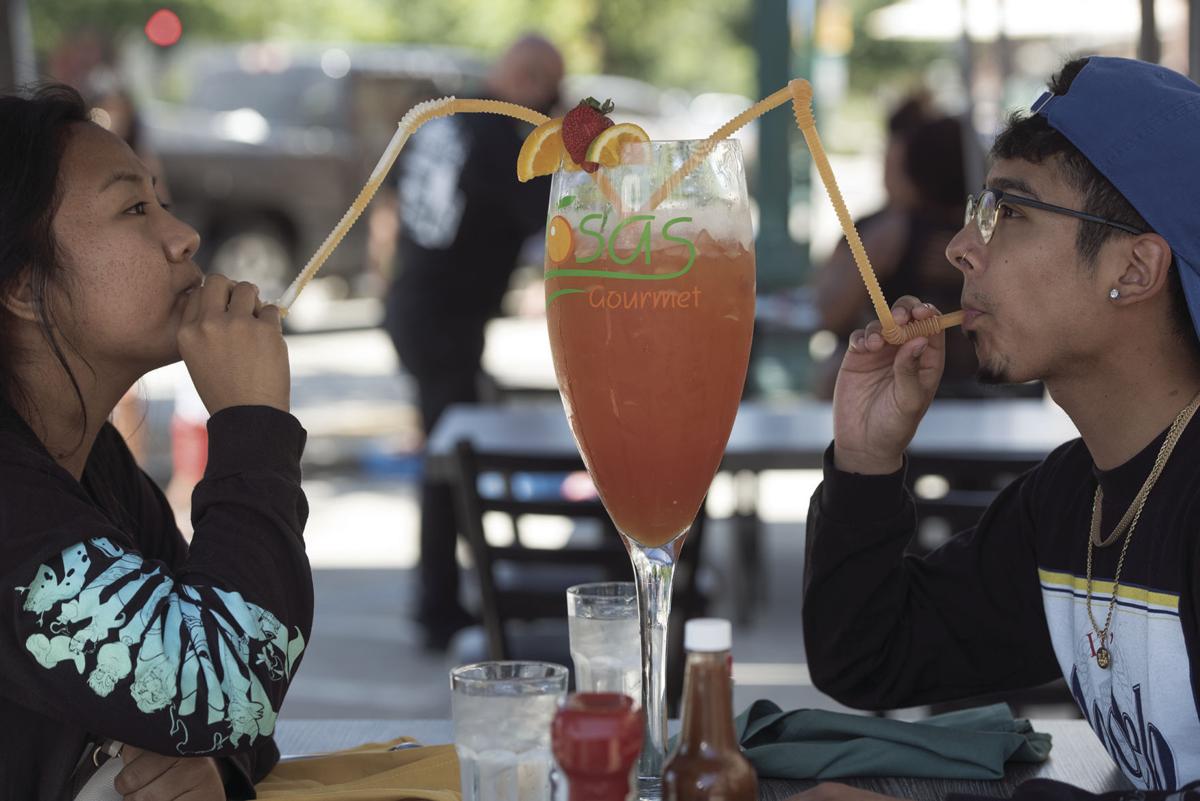 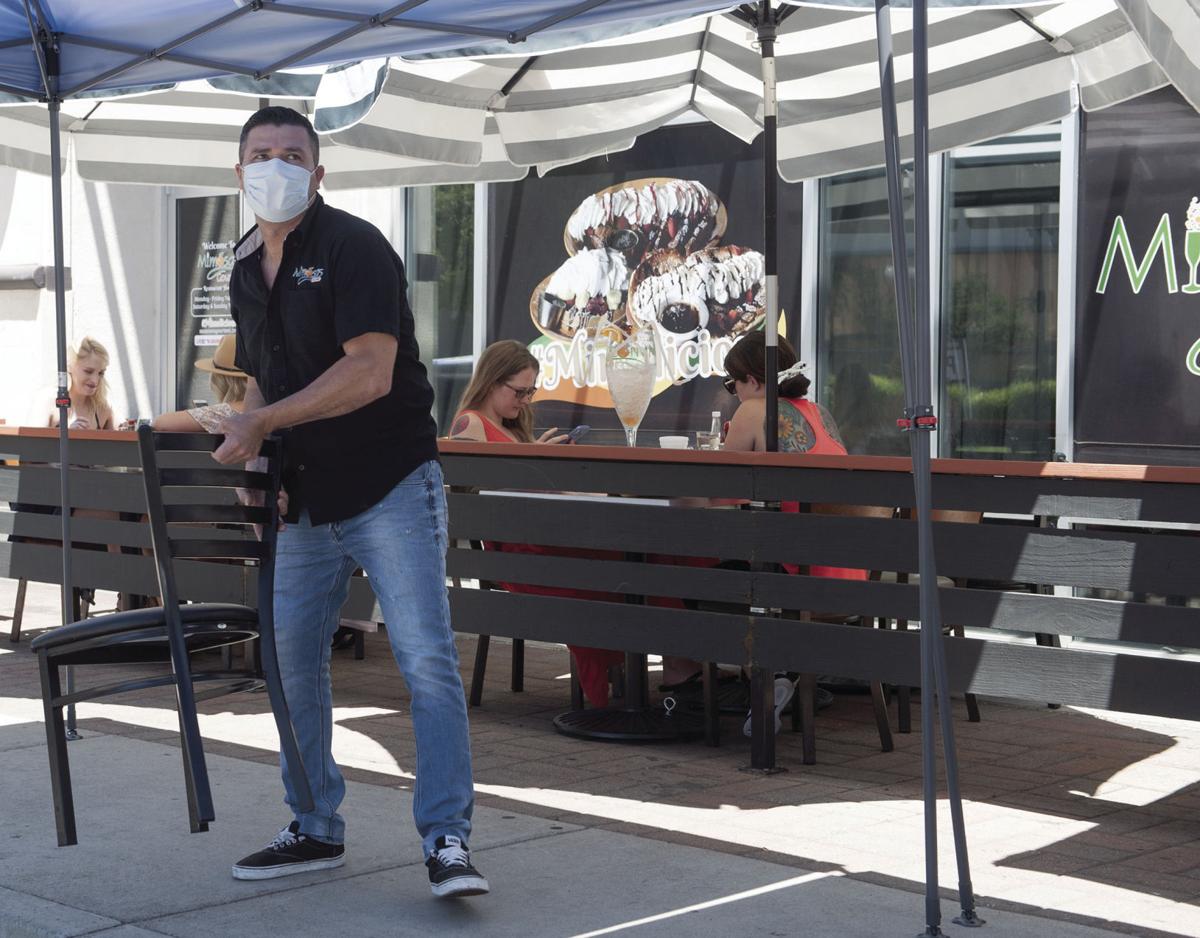 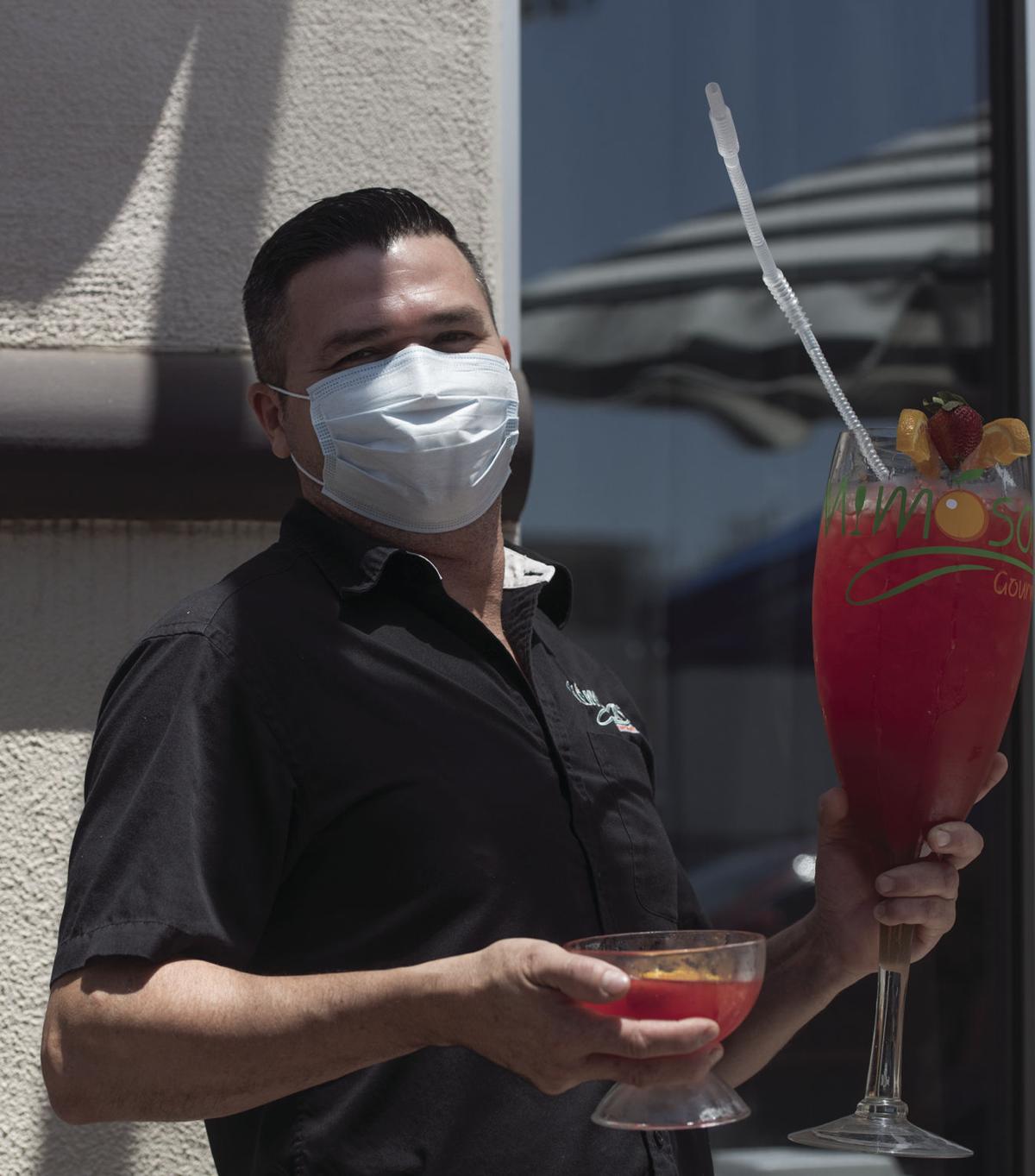 BEA AHBECK/NEWS-SENTINEL Bartender Abraham Luevano poses for a photo as he gets ready to serve guests at newly opened Mimosas Gourmet in Lodi Thursday, July 2, 2020.

BEA AHBECK/NEWS-SENTINEL Bartender Abraham Luevano poses for a photo as he gets ready to serve guests at newly opened Mimosas Gourmet in Lodi Thursday, July 2, 2020.

While there are several popular breakfast spots in Lodi, a new eatery is hoping to add a little something extra to the most important meal of the day.

“What makes us different is that we have a huge bar for mimosas,” owner Yusay Ibarra said. “And we have a large menu. The food is really good, and I’m not just saying that because I’m the chef. We have big portions, and everything is homemade.”

A visit to the eatery’s online menu offers 12 pages of basic breakfasts, scrambles, skillets, omelets and benedicts, as well as pancakes and waffles, sandwiches and salads.

There are also specialty plates that include breakfast burritos and chilaquiles, the latter of which is described as one of the more popular dishes, offering scrambled eggs with chorizo on corn tortilla chips. The dish is then topped with red sauce onion, queso fresco and sour cream.

Each section of the menu lists its own popular item as well. For example, country fried steak and eggs is a popular breakfast choice, while the Diablo Skillet, comprised of chorizo, jalapeño, tomato and queso fresco topped with sour cream, stands out among the skillet choices.

Of course, the most requested items on the menu, Ibarra said, are the mimosas. Not only can patrons order the standard orange juice and champagne combination beverage, but they can try strawberry mango, pomegranate and other exotic juices not typically known to be mixed.

The former home of several eateries including Scooters and Bubbles & Birds, this is the third location for Mimosas. The restaurant, which also offers brunch and lunch options, can also be found in San Jose and Las Vegas.

Ibarra has been in the restaurant business since he was 17, starting as dishwasher at a Mexican restaurant. By 21, he became a general manager, and eventually moved on to the Peppermill and Black Bear Diner before branching out on his own with his wife.

Mimosas had been open in Stockton, but Ibarra said business wasn’t doing as well as he would have hoped. He began to look at other options, and found the atmosphere in Lodi to be a little more warm and friendly, and earlier this year, he closed his doors and moved north.

“I’ve been to a lot of cities, but I really like this community,” he said. “The first time I came to Lodi, I saw families walking everywhere, everyone looked really happy. So I thought this would be a good city to come to and try and put our mark into.”

The restaurant held a grand opening on June 26, and Ibarra said every seat was taken, even with social distancing measures in place.

However, just a week later, Ibarra, like many other restaurant owners, has been forced to limit service to his outdoor patio that fronts Elm Street.

“We’re not discouraged at all,” he said. “We still have the outdoor patio, we take to go orders, and I’m looking into buying a couple parking spaces on the street for space. We’re following all the guidelines and doing what we can.”